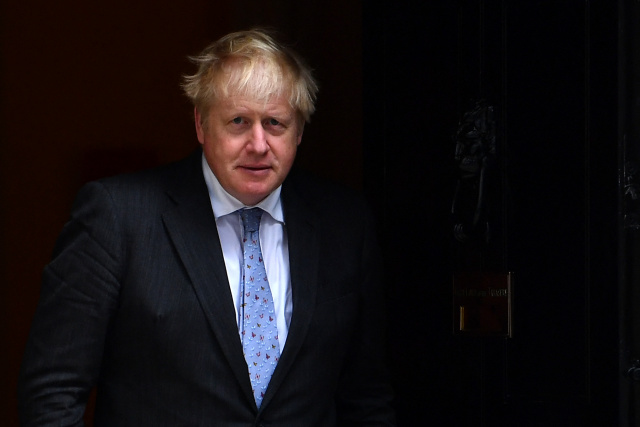 (AFP) - British Prime Minister Boris Johnson on Wednesday cast UN climate talks in Glasgow in November as a last chance for humanity as he made a passionate appeal for the world to slash carbon emissions.

In a characteristically colorful speech before the United Nations as he seeks success in Glasgow, Johnson urged humanity not to treat the planet as an "indestructible toy" and warned of irreversible damage from climate change.

"We will have made this beautiful planet effectively uninhabitable -- not just for us but for many other species," he told the General Assembly.

"And that is why the Glasgow COP26 summit is the turning point for humanity," he said, using the official name for the meeting of the UN climate body's Conference of Parties.

Johnson backed a goal of the developed world phasing out coal, one of the dirtiest forms of energy, by 2030 and the developing world doing so a decade later.

Pointing to Britain's own track record at reducing emissions while preserving growth, the Conservative leader rejected conspiracy theories often voiced on the political right about the intentions behind climate plans.

"I am not one of those environmentalists who takes a moral pleasure in excoriating humanity for its excess," Johnson said.

"I don't see the green movement as a pretext for a wholesale assault on capitalism."

Johnson hailed a pledge made a day earlier by Chinese President Xi Jinping to end coal financing overseas and urged the world's largest emitter also to end its own growing use of coal.

The 2015 Paris accord set a goal of reducing global warming by two degrees Celsius (3.6 Fahrenheit) above pre-industrial levels with an aspiration to go further and limit the rise to 1.5 Celsius (2.7 Fahrenheit).

But each nation chose its own way to make efforts and UN scientists say the planet is well off track on the 1.5 goal, the threshold at which the planet is seen as avoiding the worst ravages of climate change including intensifying droughts, worsening storms and widening flooding.

Johnson voiced hope that all countries would emulate Britain’s goals, among the world's most ambitious, to cut carbon emissions by 68 percent by 2030 compared with 1990 levels.

"We have nothing to fear and everything to gain from this green industrial revolution," he said.

"When Kermit the Frog sang, 'It's Not Easy Bein' Green,' I want you to know he was wrong -- and he was also unnecessarily rude to Miss Piggy."