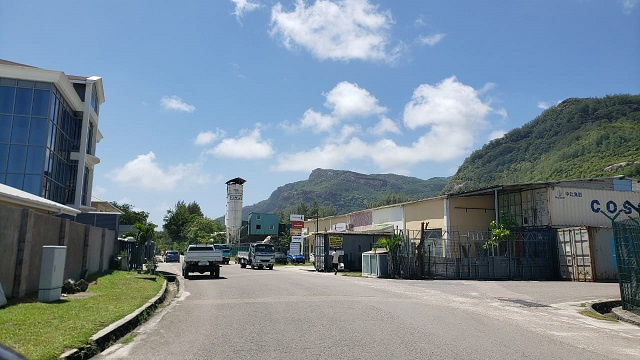 Any change that a person wants to do regarding their lease will have to go through IEA. (Salifa Karapetyan, Seychelles News Agency)

(Seychelles News Agency) - The government of Seychelles recently removed a moratorium on the allocation of industrial state land nine months after it came into force, while new policies to guide the new application process were also introduced.

SNA spoke to the chief executive of the Industrial Estates Authority, Roy Collie, on the new policies and procedures once the plot of land is leased.

SNA: The moratorium has been lifted after nine months. What happened during that period?

RC: We conducted an internal audit on the Industrial Estates Authority's operations and came up with new policies to ensure fairness and transparency when allocating and managing the Industrial Estates. It should be noted that there were a lot of discrepancies in the past. Some businesses were not respecting their lease agreements by not paying their rent and some had arrears dating back many years. Some people who had been allocated industrial land had not been able to develop these lands over 10 years. So, it was very important to carry out this audit exercise.

SNA:  One concern in the past was that one individual or business ended up with various plots of land. How will this be rectified?

This is to ensure fairness when allocating the already scarce resource. We will also lease out land to sole traders and companies to ensure efficiency when the Industrial Estates Authority enforces its lease agreement with its lessees. The new policies give us more control over the lease agreements.

SNA: What is the reason for the newly introduced post lease procedures for the new entrants?

RC: Any change that a person wants to do regarding their lease will have to go through IEA. We will look at each application carefully before granting permission and if they have any merit, we will approve the request.

For example, we want to prevent a person from reassigning their lease agreement to another person, which was sometimes the case in the past and some people ended up with several plots of land as a result. As of now, any person wanting to reassign their industrial land will have to go through the IEA to request permission.

Permission will not be granted if the land has not been developed yet. The IEA will allow the transfer or reassignment of lease only when the land allocated to the lessee has been developed in accordance with the development plan submitted to the Planning Authority. If the request is for personal reasons such as health, retirement, or following the person's death, then IEA will consider the request and reassign their Lease in line with the new policies.

It should also be noted that if a lessee is unable to develop the land within 24 months after getting approval from the Planning Authority, then IEA will repossess the land, making the lease agreement null and void.

In the past, some people decided to change the type of business they had initially applied for and we ended up seeing food outlets next to an auto shop or clothes stores. If you are requesting a change of use, it has to be in line with your original permitted use, submitted to EIA.

SNA: How would you ensure that the procedure is transparent?

RC: At present we are updating our master list which is a register of leaseholders. We have a column that clearly states the permitted use of each plot of land. This register will be given to our Enforcement Division which will be able to identify each land and its purpose. As is the case with everything there is bound to be people who will not follow the post lease procedures, but our Enforcement team will need to be vigilant.

SNA: Will the penalties be a deterrent?

RC: We are yet to establish the penalties but I can assure you that they will be a deterrent. The IEA enforcement team cannot impose penalties, but we will be working closely with the other sectors such as the Public Health, Environment department of the Planning Authority to ensure that lessees are not breaking the laws and respecting their contract agreement.

SNA: Is the government focusing on specific areas when considering the new applications?

RC: Sole traders and companies must have the financial capability to develop the land and the new policy is that land will be allocated to businesses conducting activities in priority sectors such as tourism, fisheries, agriculture, blue economy and the sustainable manufacturing sector.

So, entrepreneurs focusing on manufacturing in value addition in the mentioned sectors and manufacturing of locally grown products and of local goods that can replace imported products will be given priority

SNA:  When would IEA complete the audit exercise?

RC: We are on the right track and we plan to complete our master list on October 30. It will contain details for all the 639 plots of land we have leased so far including their land use, premium, the shareholders. We will also have an idea who have not paid their rent or have arrears, and all the lands which have not been developed.

We have already collected nearly SCR15 million ($1.1 million) out of SCR20 million ($1.5 million) in arrears and people are also coming forward to present a new payment plan which is also promising. Some cases have also been filed before the court.

SNA: What is your advice to the new entrants in the market?

RC: My advice to new entrepreneurs is to know first-hand what type of business they want to go into. They need to do proper research and preparation before applying for industrial land. Get advice on whether you need a plot of land or just a workshop. That is why we are introducing the Seychelles One District One Project – sometimes a business can rent space from an existing building instead of applying for land.

As part of the Public Private Partnership, the government plans to allocate undeveloped plots of land in various districts to the private sector. They will be responsible to finance the construction of a new building and allocate between 10 and 15 units to small businesses in that specific district. We plan to announce this new move shortly.

The Interview » Be a reporter: Write and send your article » Subscribe for news alert
Tags: Industrial Estates Authority, lease agreements