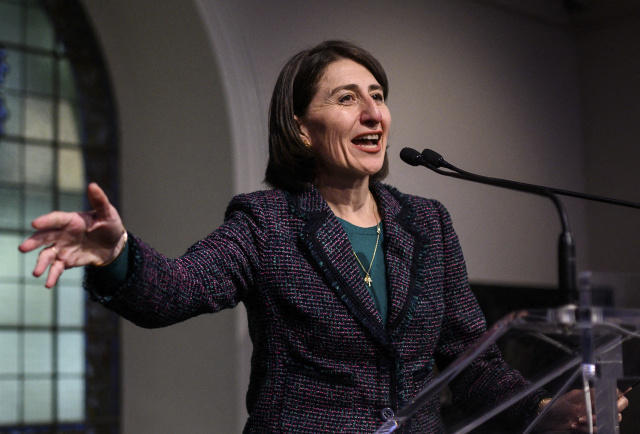 (AFP) - The leader of Australia's most populous state resigned Friday amid a corruption investigation, leaving Sydneysiders -- deep in months of lockdown -- without a political leader.

New South Wales Premier Gladys Berejiklian said she would leave parliament after an anti-corruption body announced an inquiry into allegations against her.

"My resignation as premier could not occur at a worse time, but the timing is completely outside of my control," Berejiklian told media in Sydney.

"I do not want to be a distraction from what should be the focus of the state government during this pandemic, which is the wellbeing of our citizens. It always has been and always will be."

Berejiklian has been one of the most prominent faces of Australia's pandemic response, fronting cameras daily as the federal government was largely sidelined.

A state corruption watchdog is investigating allegations including whether she favoured a former boyfriend, then a member of parliament, in the awarding of grants in his electorate.

The projects included funding for the Australian Clay Target Association and the Riverina Conservatorium of Music in Wagga Wagga, a small New South Wales town.

Since late June, Sydney's over five million residents have been under stay-at-home orders, with plans to end the lockdown slated for October 11.

Daily case numbers have begun to decline from a peak earlier this year but the state is still reporting over 800 cases a day.

The conservative leader had helmed the state since 2017, including through Australia's worst bushfire season and the entirety of the pandemic.

Her approval ratings rocketed in late 2020 as the state managed to avoid the ravages of the first wave, but recent opinion polls had seen her support from voters dip after the arrival of the Delta variant and spiralling lockdowns.

Her replacement will be decided by members of the ruling Liberal party.

General » Be a reporter: Write and send your article » Subscribe for news alert
Tags: Australia, politics