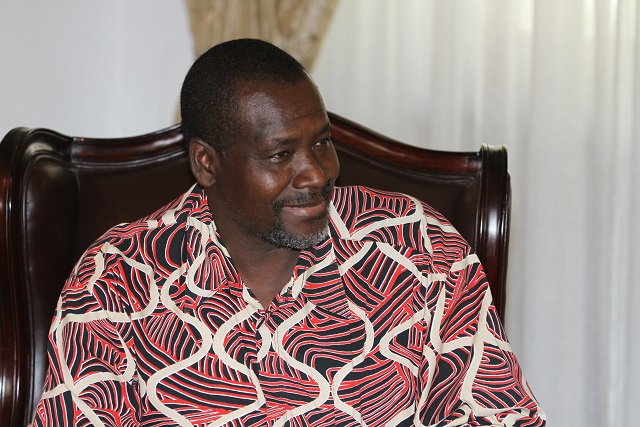 (Seychelles News Agency) - A visa waiver agreement signed between Namibia and Seychelles is one of several achievements which the outgoing Namibian High Commissioner to Seychelles has attributed to his tenure as his country's representative to the Indian Ocean archipelago.

Marten Kapewasha who became the second Namibian High Commissioner to be accredited to Seychelles in March 2011 was speaking during an interview with local journalists this morning.

This was after he had paid a farewell call to the Seychelles President James Michel at State House.

Kapewasha described as successful his three year term in office which he said had allowed for the materialisation of several agreements.

"I would say that my time as High Commissioner of Namibia to Seychelles was very good and I have tried by all means to promote bilateral relations of cooperation, which have been very fruitful. Seychelles and Namibia have cooperated mostly in the economic sphere, and we have succeeded in waiving visa requirements between our two countries. Now we are working on a Double Taxation Avoidance Agreement which will be signed very soon and we are also looking at the area of tourism,” he told journalists.

In a press statement issued this afternoon, State House said the outgoing Namibian Commissioner discussed with the Seychellois head of state on several agreements between the two countries that are still being discussed as well as reviewed areas of cooperation that are of interest to both Namibia and Seychelles.

“President James Michel thanked High Commissioner Kapewasha for representing the Seychelles, for his commitment and valuable contribution to the development of bilateral relations. The President said that the two countries should continue to develop diplomatic ties in various fields as well as reinforcing the excellent relations that exist over the years,” read the State House statement.

Michel also pointed out that Seychelles and Namibia collaborate well, especially through multiple exchanges within regional organisations like the African Union (AU) and the Southern African development Community (SADC) as well as other international platforms.