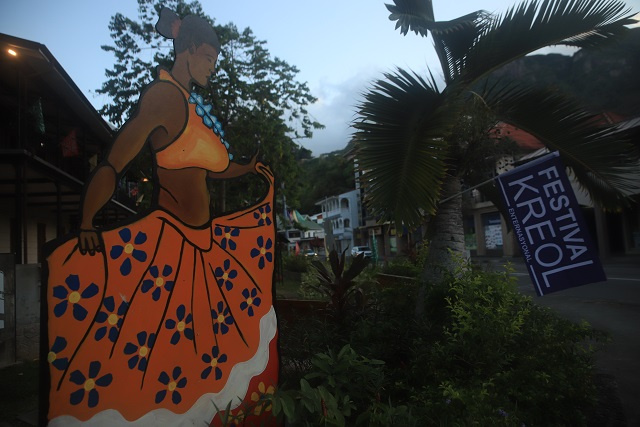 The Mayor said that Victoria will be decorated for the occasion to bring the Creole ambience. (Joe Laurence, Seychelles News Agency)

(Seychelles News Agency) - Seychelles will celebrate the 36th edition of the Creole Festival this year on a smaller scale in view of the restrictions on large gatherings amid COVID-19, said the Mayor of Victoria.

The event is making a return to the islands one year after it was cancelled due to the pandemic, though many events will be by invitation only.

Mayor David Andre told the National Assembly on Tuesday that "even if we have COVID restrictions we will have certain events to celebrate the Creole Festival. There will be many virtual events but there will also be several activities in town."

"Victoria will be decorated for the occasion to bring the Creole ambience but we are also working closely with the districts and there are different initiatives being taken by the districts," added Andre.

The Creole Festival held in the Seychelles archipelago is an annual celebration of the various aspects of the country's culture.

Traditionally, the Creole Festival is held in the last week of October for the nation to celebrate its diversity, rich heritage and culture. One of the main events was the carnival called 'Laserenad' held on all of the three main islands of Seychelles.

The 36th edition of the Creole Festival will be officially launched on Thursday October 21 with a ceremony at the National Theatre in the central Mont Fleuri.

Since Saturday, the streets of Victoria has been dressed in the colourful decorations that usually adorn the country's capital for the festival every year.

The festival will include nights of poetry recitals, musical performances in town as well as the official opening of two restaurants – Lansiv Café at the Museum of Natural History as well as Pomme Canelle Restaurant at Domaine Val de Pres.

"We know that the Creole Festival events usually draw in a large crowd; which is not possible now with the Covid- 19 restrictions," said Andre.

It is for that reason that many of this year's events are on invitation only and the official launch will be live-streamed.

Also on the programme are regional workshops on how to use the Creole language in formal settings organised in collaboration with the Ministry of Local Government in Community Centres.

With the restriction in place last year, the event was cancelled but this year Andre said that despite the difficult time Victoria will celebrate its Creole culture.

He added that for this edition on all three most populated islands of Mahe, Praslin and La Digue, anyone who wants to organise an event will have to respect the guidelines put in place by the Ministry of Health.