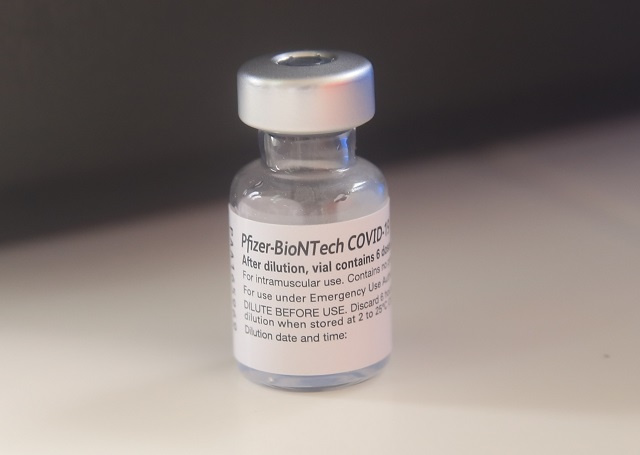 The Pfizer vaccines received in a donation from the U.S under the COVAX programme is being used in the vaccination campaign.

(Seychelles News Agency) - People in Seychelles who have taken both doses of a vaccine for COVID-19 at least six months ago are being encouraged to come forward to take a third dose in a bid to boost their immune response against the virus.

"Studies have shown that over time, people who have been vaccinated or have contracted the virus in the past have had decreasing levels of immunity over time," he said.

"This, therefore, means that a third dose of a vaccine is needed in order to boost the anti-bodies and better protect each person from getting and spreading the virus," Gedeon added.

Seychelles began its vaccination campaign in January with the first dose of the Sinopharm vaccine. To date 72 percent of its 99,202 inhabitants have taken both doses of either Sinopharm or Covishield vaccines. In addition to Sinopharm, the Pfizer vaccines received in a donation from the U.S under the COVAX programme is being used in the vaccination campaign.

In recent weeks, the island nation in the western Indian Ocean began to administer Pfizer vaccines to adolescents aged between 12-17 years. Around 5,000 young people in the age group have already had their first dose.

Gedeon said that the vaccination campaign and other prevention measures in place have helped lower its number of active cases, which at one point reached a peak of 3,190. The latest figures show that the island nation now has 278 active cases and has recorded 118 COVID-related deaths.

"Despite the decrease in cases, we must continue to be on guard and observe the prevention measures put in place to ensure we do not get another surge in cases," said Gedeon.

He added, "It has taken us a lot of time resource to regain some measure of control over the previous surge and so, we must ensure that we do not have to go through it again as it will against have potentially devastating effects, especially now that the country is recovering."

Gedeon said that according to local studies the most prevalent variant of COVID-19 is the delta variant, which has almost completely overtaken the alpha and beta variants.