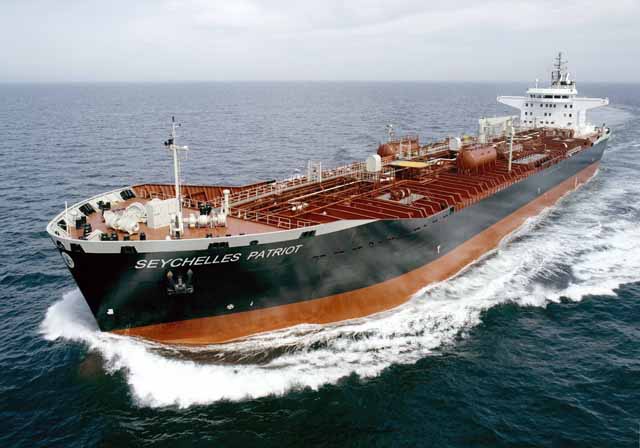 (Seychelles News Agency) - A salvage operation is underway to re-float a Seychelles-owned fuel tanker, the Seychelles Patriot, which ran aground during a routine journey up the Amazon River in Brazil six days ago.

The incident, which occurred on October 8, was first reported by a website named vesseltracker.com on October 9.

In a press statement issued this afternoon, the Seychelles Petroleum Company, Seypec, confirmed that the Seychelles Patriot was on her way to Manaus City for a cargo discharge from Rio De Janeiro, Brazil when it ran aground.

“……on her 8th voyage up the Amazon river, MT Seychelles Patriot ran aground on shifting sand and mud banks in the middle of the Amazon River, well within her planned navigational routing and in the presence of two Brazilian pilots on-board, as required by the Brazilian Maritime Authority,” read the statement.

According to the company, Seychelles Patriot, which has been built to high double hull structural specifications is in “an uncritical state with respect to its structural integrity” adding that “no spillages of product or any injury to crew members have been recorded.”

Seypec told SNA that the tanker was transporting a cargo of gasoil.

Seypec, a government-owned parastatal company says it was notified immediately about the grounding of Seychelles Patriot along with other relevant stakeholders which include the insurance company, classification society, the charterer; Petrobras, the Santarem Port Authority which holds jurisdiction in the area, as well as the Seychelles Maritime Safety Authority (SMSA), as the tanker is registered in Seychelles.

According to Seypec, there have been several attempts to re-float the tanker but so far all have been unsuccessful.

The first attempt to re-float the vessel under her own steam was undertaken on the same day she was stranded, but after the attempt failed, salvage experts from the Netherlands were flown in to formulate another strategy.

“A salvage plan was developed by Monday morning, approved by the classification society, the Santarem Port Authority and the insurance company……. The second re-floating exercise was attempted on the 13th October 2014 at 18:00 hrs LT, (01:00 hours Seychelles time) following the arrival of the two tug boats by mid-day, all with the approval of the Brazilian Maritime Authority,” read the Seypec statement.

Seypec said that the second attempt had to be stopped “as the two tugs were found to be too small in size, and developed mechanical failures which caused reduced bollard pull.”

A third re-floating exercise is planned for later this evening, after the damaged tugs have been repaired and an extra tug chartered from the neighbouring port of Santarem arrives to aid the salvage operation.

“All is being done to re-float the vessel with the utmost level of professionalism and care, guaranteeing the safety of the crew, the vessel and the environment,” said Seypec.

Seychelles Patriot is one of five Seychelles tankers that operate worldwide. The other four are Seychelles Pride, Pioneer, Progress and Prelude.