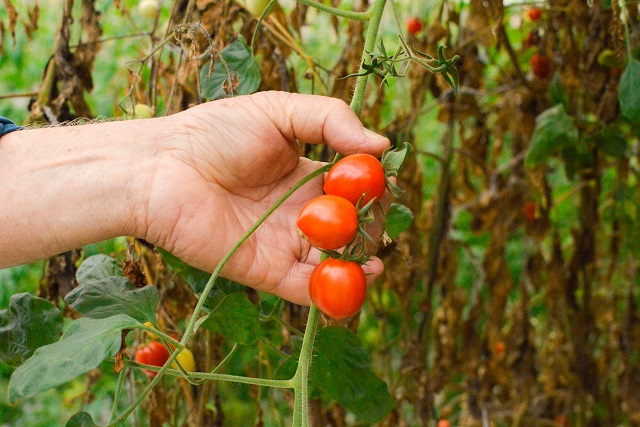 (Seychelles News Agency) - The Island Development Company (IDC) is eyeing cultivation in climatised greenhouses during the rainy season from November to April, a trial project to see if production of tomatoes and salad works then, said a top official of IDC.

Seychelles, an archipelago in the western Indian Ocean, has two seasons: the Northwest monsoon from November to April when it is rainy and humid, and the Southeast monsoon from May to October when it is dry and windy.

The chief executive of IDC, Glenny Savy, explained that the production of tomatoes and salads locally during the Northwest Monsoon will help the country to cut down on importation during that time.

"It is difficult to produce tomatoes and salads on Mahe during the Northwest monsoon. But we do not want to flood the market during the Southeast Monsoon as this will affect farmers on Mahe and Praslin. We will try to make it work during the Northwest Monsoon. All year round we will be focusing on onion, garlic, and ginger among others," said Savy.

He added that now that Desroches is powered by solar energy, operating greenhouses will be cheaper.

Alongside testing cultivation in climatised greenhouses, IDC is also doing a trial with different seeds, plant varieties and soil prepping techniques on Desroches. Successful planting methods, seed types and varieties will later be used in large scale agriculture on another Seychelles' island, Coetivy, next year.

Currently, vegetables being grown on the island varies from lettuces, eggplants, pumpkins, tomatoes and different herbs.

Savy said that Desroches was chosen for the pilot projects because it has daily flights, unlike Coetivy where flights are once every two weeks. The high frequency of flights allows technicians to access the island easier.

The chief executive added that the soil on Desroches is the same as that of Coetivy and as such agricultural successes on one island can thrive on the other.

It is now the second year since IDC started agricultural trials on Desroches and Savy said that "we have had a lot of success during the past year."

Eventually, farming on the outer islands of Seychelles is to complement production happening on the three main islands - Mahe, Praslin and La Digue - as well as cut on importation.

During the period when farmers on Mahe and Praslin were battling with tomato leaf miner (tuta absoluta), a pest that affects tomato production, IDC provided 2,000 kilos of Desroches-grown tomato to the market.

Aside from growing vegetables, IDC is also rearing animals on Desroches.

"We are currently rearing goats on a large scale - our breeding stock is currently above 100. When this number gets to between 150 and 200, we will start sending goat meat to Mahe. We have started producing semi free-range chicken eggs as well to supply to hotels that insist on having such products. On Coetivy, poultry and pork production will be two products that we will make on a large commercial scale," said Savy.

Savy outlined that all the products of IDC are organic products, meaning that chemicals are not used in the plantations - only natural fertilisers and manure are used. When it comes to the rearing of animals, this is done in a manner where the animals have enough space to roam around freely.