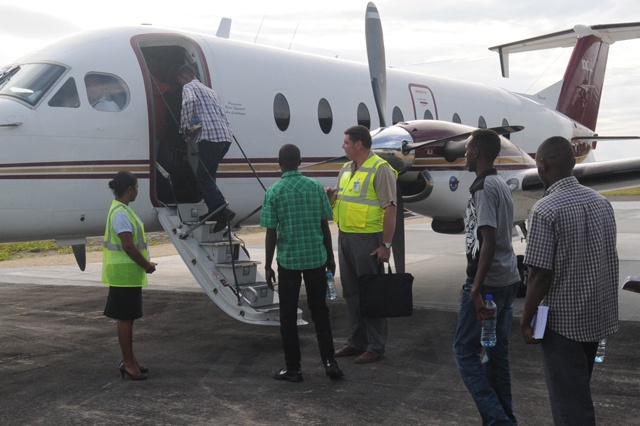 (Seychelles News Agency) -  The Seychelles home affairs ministry confirmed on Sunday morning that 9 more Somali prisoners convicted of piracy activities were transferred from Seychelles custody to the authority of Puntland State in Somalia, after being flown there on a UNODC-charted flight.

This is the second transfer, following one on March 27 where a group of 9 Somali prisoners were flown to Puntland. The Seychelles authorities received confirmation that all 18 prisoners arrived safely into the care of the prison authority in Puntland State.

According to an agreement between the Seychelles and Puntland State in Somalia, the prisoners will serve out the remainder of their sentences at the newly built Garowe prison in Puntland.  The prisoners have various times left to serve in their sentences, with one scheduled to be released sometime in 2015, and others having sentences up to 2025.