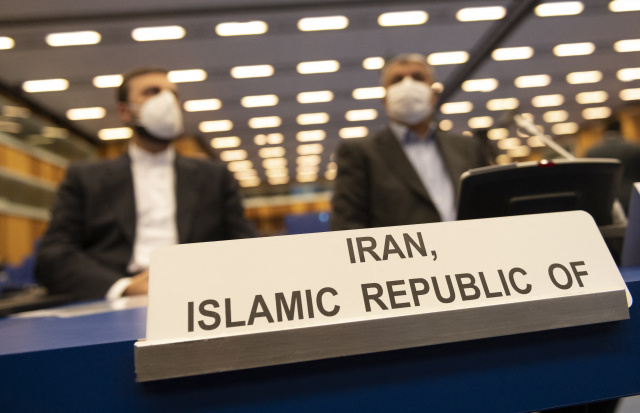 (AFP) - Iran is ready to reach a "good agreement" on the nuclear issue at negotiations due to get underway in Vienna later this month, the country's foreign minister said Wednesday.

In a tweet, Hossein Amir-Abdollahian said his deputy and chief negotiator Ali Bagheri was "engaged in successful talks in Europe" where he is visiting London, Paris and Berlin this week.

"At the negotiating table in Vienna, we are ready to deliver a good agreement," the foreign minister wrote.

"The return of all parties to their commitments is an important and leading principle," he added.

Talks to restore the 2015 nuclear deal between Iran and world powers are due to resume in Vienna on November 29, after a suspension since June.

In 2018, the United States unilaterally pulled out of the nulcear deal under president Donald Trump and began imposing crippling sanctions on Iran, including a unilateral ban on its oil exports.

In response, Iran began in 2019 walking back on strict curbs on its nuclear activities under the agreement known formally as the Joint Comprehensive Plan of Action.

President Joe Biden took over the White House in January hoping to return to the agreement, and Iran said it needed time to resume talks after ultraconservative President Ebrahim Raisi took office in August.