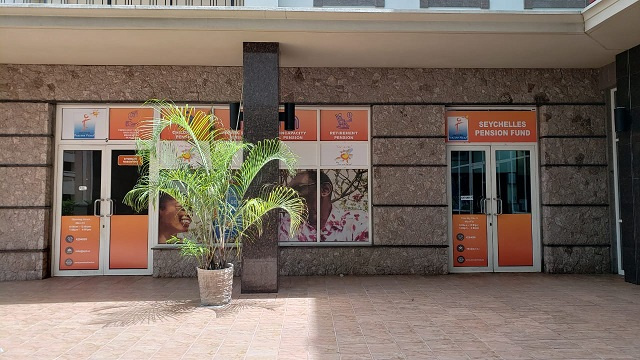 Seychelles Pension Fund has also recommended that the retirement age is increased from 63 to 65. (Salifa Karapetyan, Seychelles News Agency)

(Seychelles News Agency) - The Seychelles Pension Fund has announced plans to increase the mandatory monthly contribution from April 1 next year to sustain the retired fund payment amid concerns about its solvency given the island nation's rise in life expectancy.

The announcement was made to representatives of the civil society as part of a campaign to educate all local partners on the new measures in a meeting last week.

The chief executive of the Pension Fund, Nisreen Abdul Majid, said that "at the moment, we are paying more pension to retirees than we are receiving contributions from workers."

In the latest figures released by the National Bureau of Statistics in its Midyear Population Bulletin of 2020, life expectancy for both males and females stands at an average of 77 years, the highest that Seychelles, an archipelago in the western Indian Ocean, has ever recorded. Life expectancy for males is 73 years, while it's 82 years for females.

One of the measures being taken by the Pension Fund is to increase contributions.

Another measure being taken is to increase the retirement age and this was announced by Naadir Hassan, Minister for Finance, Economic Planning and Trade, in his budget address on November 12.

“One of the first measures that Pension Fund has recommended is to increase the retirement age, from 63 to 65. This will take effect in 2023. At the same time, Pension Fund is working on different options which would allow retirement at the age of 60, but the retiree will only get a portion of the retirement pension, up until he/she turns 65,” said Hassan.

Majid explained the proposal to allow for members of the Pension Fund to retire earlier from 60 years with a lower pension based on a reduction factor.

Majid said that the revision in mandatory contribution and retirement age is because the revenue of the company through its investments has declined over the years.

In 2018 Pension Fund's annual revenue collected through its various investments was 9 percent and went down to 7 percent in 2019 and 6 percent last year.

People asked questions or offered suggestions including getting businesses to pay a pension for each foreigner they employ, while others wanted the increase to be revised and asked the SPF to look to invest more in profitable businesses.

"We have organised this series of consultations in a bid to get the maximum input possible from everyone, so that we can put it together and bring to the government, although the increase in the contribution is something very important for us to do, given the situation we are in," said Abdul Majid.