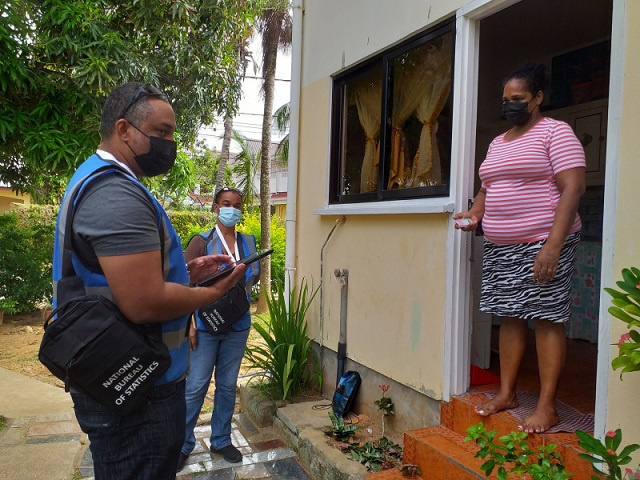 (Seychelles News Agency) - Seychelles' housing and population census is again being pushed back and is now expected to take place in 2022 due to COVID-19 restrictions, the National Bureau of Statistics (NBS) said.

The census is normally done every 10 years and had been due in 2020, but the global pandemic made it difficult to conduct the survey which is done by going door-to-door.

"After being delayed in 2020 we expected to have it 2021 but again we had to postpone, although we did manage to have a small pilot census to assess and better prepare for the countrywide one," said Helena Butler-Payette, the deputy chief of the NBS.

The digital pilot census was done in Anse Aux Pins, an eastern Mahe district, and Butler-Payette explained that this was good preparation for the 2022 census.

The advantage of the census being done digitally is that all information and data are stored in a tablet making it easier to process, with fewer errors and faster to complete the whole process which is a great advantage although it a costly investment.

The 2022 census will collect information on the total number of people and their characteristics, such as gender, age, area of residence, level of education, living conditions and economic status, among others and this will help the government in its planning and development programmes.

Butler-Payette said that one of the major needs for a countrywide census is human resources and the NBS is already looking for people who would be interested in conducting the survey next year.

"At the moment, we have not set a date because we have to wait for the Ministry of Education to finalise its school calendar," she said.

The population census is usually done during the school holidays because the majority of the people conducting it are school teachers.

The NBS however is calling on anyone who is interested to contact their office for more information on its telephone number 4611650.

The 2022 census is to determine the country's population and collect statistics relating to housing and utilities, education, health, employment and household economic activities, information and communication, security, transport and agriculture. Full participation in the census is both a civic and legal duty for all residents of Seychelles.

According to the NBS, as of June 2021, the population of Seychelles was 99,202, which represented an annual growth rate of 0.7 percent, from July 1 last year.

General » Be a reporter: Write and send your article » Subscribe for news alert
Tags: COVID-19, housing and population census