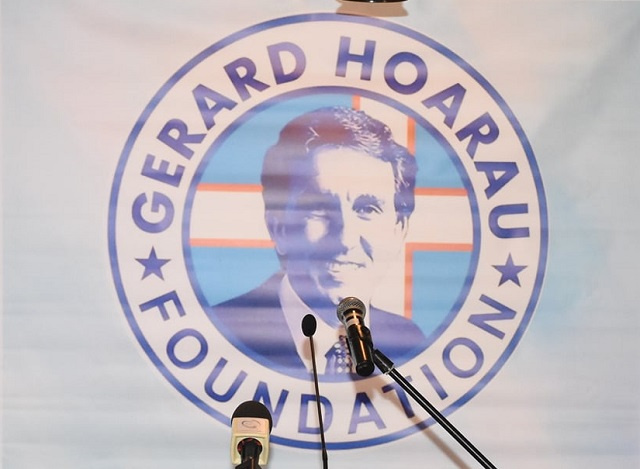 The Gerard Hoarau Foundation will be based at Providence. (Seychelles Nation)

(Seychelles News Agency) - A foundation in the name of the late Gerard Hoarau was officially launched on Monday with the aim of promoting freedom and justice, two of the many values that the exiled Seychellois most believed in.

The chairman of the Gerard Hoarau Foundation, Collin Dyer, said the friends and followers who believed in Hoarau's philosophy decided to "keep burning the flames of freedom, liberty, justice, freedom of expression, patriotism, unity, multi-party democracy, free and fair elections and prosperity for all Seychellois."

The late Hoarau was exiled to the United Kingdom in 1979, two years after former President France Albert Rene came to power through a coup d'etat on June 5, 1977. In the UK, Hoarau led the Mouvement Pour La Resistance and later the Seychelles National Movement. He was assassinated on November 29 in 1985 by an unidentified gunman, on the doorstep of his home in Edgware, North London at the age of 34.

The ceremony at the Augerine hotel in the northern district of Beau Vallon coincided with the anniversary of his death.

President Wavel Ramkalawan, who was the guest of honour at the ceremony, congratulated the Chairman and the members of the Committee for the initiative to form this foundation in order to honour a Seychellois and hero.

"Today I am satisfied that we have been able to return Seychelles on its road to multi-party democracy and to break the chain of enslavement. We have become a country where there is peace, democracy and where human rights reign. Rest assured of my support in your venture," said Ramkalawan.

Dyer officially launched the foundation with two young people, Odette Dyer and Ah-Loon Ho-Sap, unveiling the plaque bearing the late Hoarau's picture. The Gerard Hoarau Foundation will be based at Providence and is accepting people aged 18 and over for membership of three years.

Before his exile, Hoarau who was fluent in four languages served his homeland in various capacities; chief protocol officer, chief immigration officer, captain of the national team of Seychelles, an archipelago in the western Indian Ocean, and founder of the Rovers Sports Club.

The vice-chairman of the foundation, Lewis Betsy said that the organisation will be a great help as there is currently "a need to protect our young people as temptations are prevalent in Seychelles society and is endangering the health and of the young people and, in the end, damaging society."

Betsy who was also exiled during the one-party system was a close friend to Hoarau, who also played on the Seychelles Rovers football team.

"We will do our best to nurture projects that will shape and guide the lives of Seychellois young and old for the betterment of all," he concluded.

Leader of one of Seychelles’ opposition parties resigns