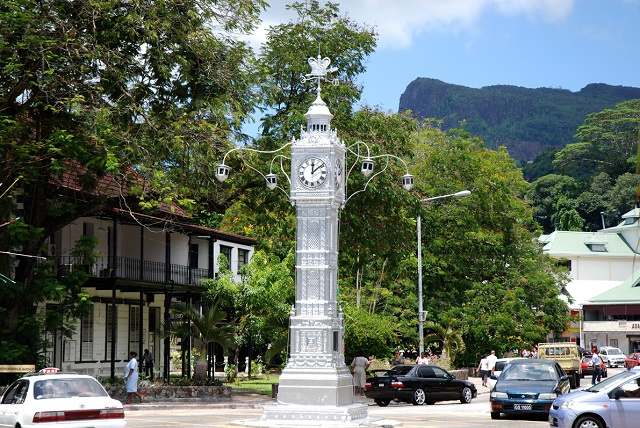 (Seychelles News Agency) - President Wavel Ramkalawan announced in October that 15 streets in the island nation's capital city of Victoria with names related to the island nation's June 5, 1977 coup d'état will be renamed. In this week's Buzz, we look at seven of the new road names.

Anglican Archbishop Emeritus French Chang was ordained to the priesthood in 1963 and became the first Seychellois Anglican Bishop in Seychelles in 1979.

Chang-Him, who had a father of Chinese origin, is currently in his early 80s and is still active with pastoral duties at St. Luke's parish in the northern district of Bel Ombre.

He then moved abroad where he passed away in November 2001. Felix Paul is buried under the floors of the cathedral of the Immaculate Conception in Victoria.

Abel was a poet, and is considered the father of Seychelles' literature. Born in November 1934 in the western district of Anse Boileau on the main island of Mahe, Abel passed away in October 2004.

Francis Rachel was one of the three Seychellois who died on June 5, 1977. The two others were Davidson Chang Him and Berard Jeannie. The street named after Rachel will now become Rue Pierre de Possession.

Close to the street, there will be a replica of the stone of possession that was placed by Nicholas Morphey to claim Seychelles as French territory in 1756.

The road which links the capital city - from the Bicentenary monument up to inter-island ferry -- is changing to Grandcourt Road. This is in recognition of a family from the second most populated island of Praslin.

Pioneers and notable for their shipman ship the Grandcourt family, through different generations, have been providing inter-island ferry services for both passengers and cargo between the main islands of Mahe, Praslin and La Digue for decades.

Fifth June Avenue is probably the longest road in the capital city of Victoria. It runs from the Le Chantier part of Bel Air district to the English River district. It is named after the day of the coup and when Seychelles entered a one-party state system.

The new name reflects the Constitution of Seychelles - the governing document of the island nation. June 18 is the anniversary of its ratification and is celebrated in Seychelles as Constitution Day.

Revolution Avenue leads people away from the capital city of Victoria up to St Louis district and other districts making up the north of Mahe, the main island.

Royal street reminds the island nation of the royal era and when Seychelles was a British colony. Signs of the British era are strong on the island. The capital city is not only named after Queen Victoria but features a replica of Big Ben of London – our Clock tower.