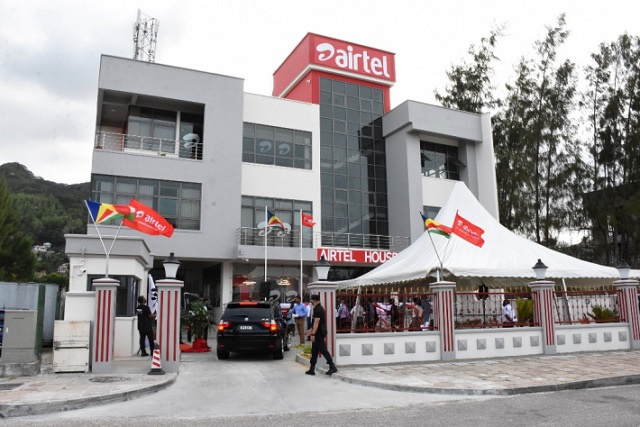 The new data centre follows the company's mission to provide globally admired technologies and services to give Africa an easy and dependable way to connect to the world. The tier-three data centre has been built with the latest technologies.

"To be part of the data value chain which include processing, analytics, storage, security and intellectual property, we need a certain amount of connectivity and a certain number of data centres to be present in the country. So, this project is exciting, not just because it is a data storage centre but it is one that breaks new ground in technology development," said Amadou Dina, the company's managing director.

Dina said that the data centre has also been built to withstand even the worst of tragedies such as fires, earthquakes, power outages among others.

"Since we are storing data from various companies, we have to ensure that it is safe from any eventuality. That is why we have invested in redundancies for all our equipment, to ensure that the data centre is always running, no matter what's going on outside," he added.

The data centre features two power systems, two independently operated transformers and two separate electrical panels and two generators of 500KV each, along with two separate battery rooms. This is to ensure that should there be an outage on one power system, the second one can be used.

In the event that the island nation's Public Utilities Corporation (PUC) has a major power outage across the country, one of the two generators will be able to provide power for over three days. After that, the second generator will kick in and this can alternate until power is restored. In case the generators fail, then the batteries will be used.

The building at Perseverance, a man-made island, also features a complex cooling system, which ensures every room, especially the rooms hosting the data servers, are kept at an optimal temperature for the best performance.

"Safety and effective operations of the data centre is important to us and here in this room is where a group of workers keep tabs on everything going on in the data centre, along with all of the other Airtel operations, such as internet traffic and networks," said Dina.

He added that Airtel Seychelles can help businesses with their disaster recovery planning.

"Businesses can count on our 24/7, 365 days network operation centre for monitoring, notification and resolution services for data centres and wide area network services. By co-locating local and international customer's equipment within the data centre, Airtel offers the possibility to lower connectivity costs while increasing scalability and reliability," said Dina.