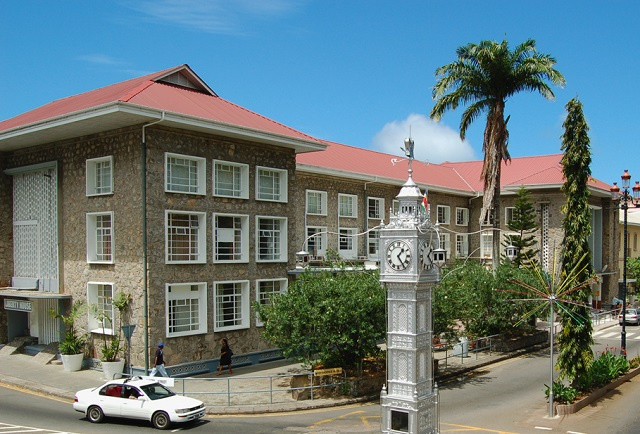 (Seychelles News Agency) - The International Monetary Fund (IMF) has approved the second disbursement, a sum of $34 million, of its loan to Seychelles, even as the Cabinet of Ministers decided that employees at state-owned enterprises will not receive any bonuses or incentives for 2021, officials said Monday.

The disbursement is part of the 32-month extended arrangement under the Extended Fund Facility (EFF) for a total sum of $105.6 million.

IMF agreed to the disbursement after it had assessed Seychelles' progress towards the targets it had set, which included reducing the budget deficit, attaining a budget surplus, and ensuring the sustainability of its debt.

"During IMF's visit in November, they reported that Seychelles had reached all the quantitative targets that had been set as part of this programme and therefore as per the agreement, they have now agreed to disburse the second portion of this loan to Seychelles," Patrick Payet, the Secretary of State for Finance, told reporters.

This second disbursement of $34 million goes directly into the country's budget for 2022.

The first portion of the loan given to Seychelles as part of this agreement was in July for $34 million and next year, a disbursement of $19 million is expected to be given, and the same amount is set to be disbursed in 2023.

Payet said that Seychelles took out the larger sum this year because of the huge budget deficit this year compared to what is being forecast for 2022 and 2023.

As part of the agreement, Seychelles, an archipelago in the western Indian Ocean, is expected to make numerous reforms across all sectors, with more targets set in order for the next part of the loan to be disbursed.

"One of the major reforms we are looking at is the review of the business tax regime as well as the value added tax (VAT), where we are working alongside IMF to ensure we can eliminate any loopholes that are limiting us in collecting maximum revenue," said Payet.

On his side, the Minister for Finance, Naadir Hassan, said that since Seychelles needs to be prudent in its expenditures, the Cabinet of Ministers has decided that state-owned enterprises will not pay staff any bonuses or performance incentives for the year 2021.

"This has not been an easy decision and we know it is also not a popular one but it is one that the government had to take, in view of the economic situation of the country," said Hassan.

Minister said that recent events, including a strike by workers of the Public Utilities Corporation (PUC), were caused mostly because of a failure from the board of directors and management of the companies to manage expectations.

"The issue was that expectations were not managed properly, where maybe the board or management told the staff that they will be getting a bonus at the end of the year and this, of course, led to discontent when the staff was then told that would not be getting anything. So, this is something that really needs to be done well in the future, to ensure staff expectations are well managed," Hassan added.

In a press statement on Monday, the Seychelles Labour Union said it is totally disappointed with the decision taken by the Cabinet of Ministers.

“We are of the view that the Executive branch of government has overstepped its responsibilities and has interfered in the decision making process of these companies….The reason provided for this decision by the Cabinet is also frivolous in nature in the sense that these institutions generate their own funds and no money was going to come from the government for the payment of the bonus. The decision to pay or not should have been left with the Board of Directors of these institutions to make based on the performance of the company in 2021,” said the Seychelles Labour Union.

The Union said it will be liaising with other Labour Union organisations and the workers to determine a way forward in consequence of the decision by the Cabinet.

Last year, staff of PUC and the Seychelles Trading Company (STC) went on strike after they were told they will not receive an end-of-year bonus. The decision was then revised and the money already budgeted for PUC was divided equally and all staff received SR5800 ($274) while STC workers were paid SCR 5,000 ($236).