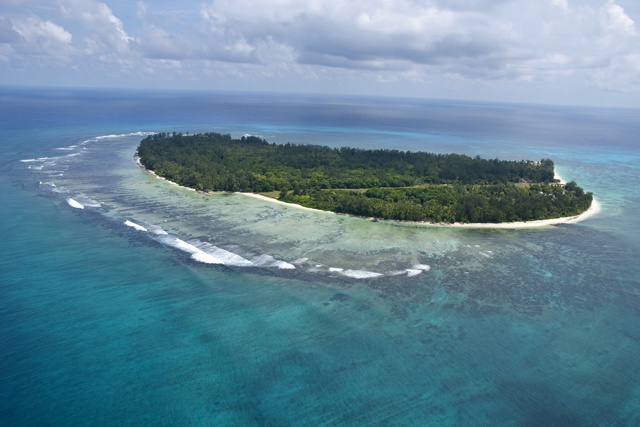 (Seychelles News Agency) - The Seychelles Minister of Finance, Trade and Investment, Pierre Laporte, has called for the United Nations and other global institutions for the constraints faced by SIDS to be taken into consideration when formulating international frameworks, with particular attention to the protection of the environment and action against the impacts of climate change.

According to a press statement issued by the Ministry of Finance, Trade and Investment (MFTI) today, Laporte made the appeal during an inter-ministerial meeting of the United Nations Conference on Trade and Development (UNCTAD)'s World Investment Forum held in Geneva last week.

The fourth edition of the World Investment Forum, held every second year, brings together over 2,000 participants from the global investment community, promoting international investment and debating sustainable development solutions in developing countries.

Seychelles is comprised of an archipelago of 115 islands some 1,500 kilometres off the eastern coast of Africa and is characterised not only by its physical remoteness but also by its small population of 90,000 people.

Foreign direct investment has played a monumental role in transforming the country from an agricultural economy to an upper-middle income country that has benefited from a robust tourist trade since the opening of the Seychelles International Airport in 1972.

However, in 2008, a severe drop in tourism, sparked by the global economic crisis, led to the government of Seychelles being unable to repay its mounting external debts. The country’s president, James Michel, then announced the commencement of an International Monetary Fund (IMF)-assisted economic reform programme.

Although the Seychelles has been successful in restructuring both its debts and its economic policy, being widely heralded as a good example of post-default recovery, Laporte pointed out that important economic, social and environmental challenges still remain.

One of the many challenges faced by small island developing states is the need to remind the world that for island nations, one size doesn’t necessarily fit all when it comes to global economic policies and frameworks.

“Whilst the country needs to continue to attract foreign investment this has to be done in a way that the investments are in line with the social and environmental aspirations of our people,” he remarked at the forum.

“Policies should thus be geared toward ensuring that the right environment that promotes sustainable investment and growth are in place.”

“These policies would also allow countries, especially small island economies, to unleash the potential of untapped resources, such as the blue economy, a concept which seeks to maximize the potential of our oceans, and which Seychelles has been among those championing it,” he added.

Laporte cautioned that more inclusive and cross-sectoral growth was needed to correct inequalities between the haves and have-nots.

“Growth should be more than just sustainable; it also needs to be inclusive,” he said. “In Seychelles, government has put significant efforts in bringing the benefits of growth to the people,” citing higher-than-average income levels among Seychellois as well as social indicators that compare with many developed countries.