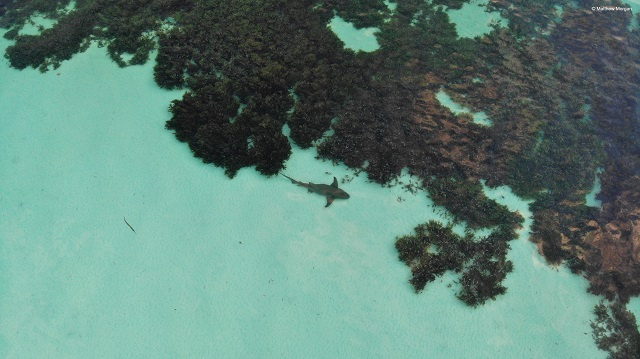 Seagrass is one of three blue carbon ecosystems and n Seychelles. (Mathew Morgan)

(Seychelles News Agency) - A mapping exercise is being carried out to determine the coverage and carbon storage capacity of Seychelles' seagrass, with a final report expected in June, the lead consultant said recently.

Jeanne Mortimer told SNA that the exercise has been delayed by the COVID-19 pandemic.

The mapping exercise will demarcate areas around the most populated islands of Mahe, Praslin and La Digue containing seagrass meadows. It will later cover other islands including Desroches, Amirantes, Cosmoledo, Astove, Alphonse and Farquhar.

Mortimer said that the information will be useful, although it is coming in later than planned "because science is a process, Seychelles has expressed an interest in this, it has expressed commitment to protect seagrass and this study is providing more quantified basis on which to base its policies. The process is going to be going on for decades, it's not only for one year."

The project has been extended to June 2022 and Mortimer said that "we haven't analysed all the samples, we know we have data for the ground truthing that will be used to make the map."

Ground truthing is the part of the study whereby the researchers take pictures of the seabed while their GPS is being followed to ensure that the satellite imagery corresponds to what is actually found on the seabed for the given coordinates.

"They have to plot it on the satellite imagery so that we can make estimates of how many square kilometres of the seafloor is seagrass," she said.

Seychelles, a group of 115 islands in the western Indian Ocean, has an Exclusive Economic Zone (EEZ) of 1.4 million square kilometres but has very limited data on its seagrass meadows.

One of the project's aims is also to educate people of the importance of seagrass and improve its public relations issues.

An exercise held earlier this year to name the species has been completed and Mortimer said that they have been working with the Creole Institute to ensure that the names are included in the Creole language dictionary.

"We are very hopeful that all the formalities will be completed and the new names will be included by the beginning of next year at the latest," said Mortimer.

Seychelles is on track with paying off its external debts, says government