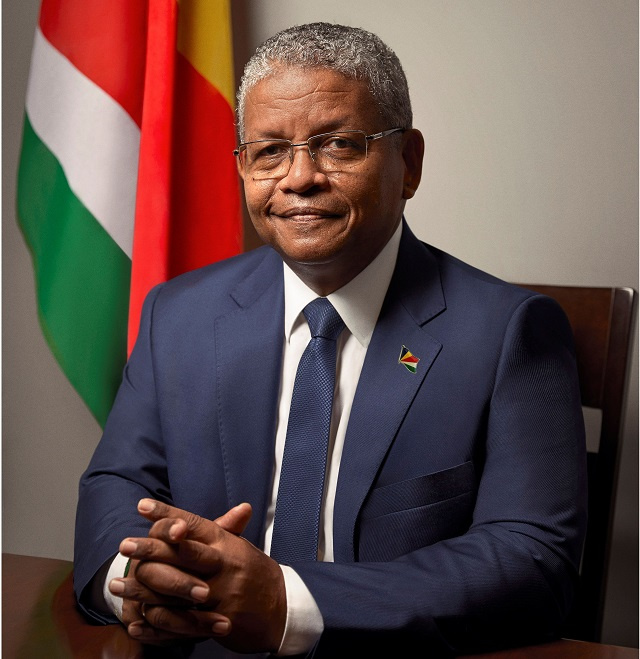 Ramkalawan will depart on January 16 and return on January 21. (State House)

He will attend the official opening ceremony of the summit as well as the Zayed Sustainability Prize award ceremony, among other events on the sidelines of the summit.

According to State House, the ADSW Summit provides a platform for global leaders to discuss the latest trends shaping the world's sustainability agenda, with the participation of heads of state, senior policymakers, CEOs, entrepreneurs and academics to deliver answers to the world's climate and sustainability goals.

Seychelles is recognised worldwide for the preservation of its environment, where 30 percent of the country's marine territory has been classified as a protected area.

The island nation is working to mitigate the effects of climate change, especially coastal erosion and sea-level rise, as well as the impact of climatic variations on food security, biodiversity and damage caused by extreme weather.

The country is also championing the concept of the Blue Economy for the sustainable exploitation of ocean resources.