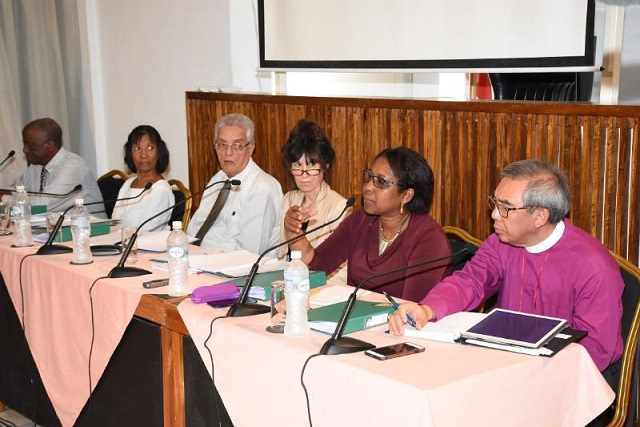 The TRNUC was established in 2018 to work on settling past political divisions and grievances that were a result of the coup d'état in Seychelles on June 5, 1977. (Seychelles Nation)

(Seychelles News Agency) - The Truth, Reconciliation and National Unity Commission (TRNUC) will conclude its hearings of complainants, witnesses and suspects by the end of February to have ample time to wrap up its work before the completion of its mandate in August.

The TRNUC was established in 2018 to work on settling past political divisions and grievances that were a result of the coup d'état in Seychelles on June 5, 1977.

It has heard a total of 342 admissible complaints, with 19 complaints remaining to be heard.

After February, additional evidence required by the commission can be submitted in writing and it is possible that ad hoc hearings will be organised, if necessary, according to the chairperson, Gabrielle McIntyre.

In an interview in Seychelles Nation this week, McIntyre said that "to date, the Commission has drafted and deliberated on some 20 of the 361 complaints before it and some of those determinations are more than 50 pages long, reflecting the complexities of the complaints and the diligence of the investigations," said McIntyre.

She said that another 50 complaints are in the process of drafting and the writing of the final report is also underway.

McIntyre complained that not all people who have relevant information are coming forward, but rather prefer to wait for the TRNUC to identify them as potential witnesses.

"This approach is extremely labour-intensive for the Commission as it relies on the Commission identifying and following investigative leads. If people with relevant information would come forward voluntarily, the efficiency of the commission would be greatly enhanced," she added.

General » Be a reporter: Write and send your article » Subscribe for news alert
Tags: coup d'état in Seychelles