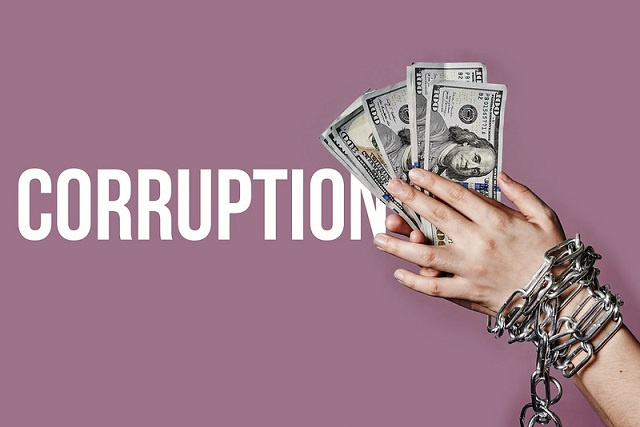 The CPI report released on Tuesday rates perception of corruption in the public sector using a scale of 0 to 100. (Marco Verch, Flickr) Photo License: CC BY 2.0

The CPI report, released on Tuesday, rates perception of corruption in the public sector using a scale of 0 to 100, where 0 is highly corrupt and 100 is clean. Seychelles moved from 27th place to 23rd globally with a score of 70 points. The island state also out-performed major Western democracies like the United States, which remained in the 27th position with a score of 67 points.

Finland, Denmark and New Zealand topped the index with 88 points each.

In a press statement on Tuesday, the chief executive of the Anti-Corruption Commission of Seychelles (ACCS), May De Silva, welcomed the Seychelles' ratings saying "that the work the country has put into battling corruption is bearing fruit and is being recognised."

However, she warned that although "Seychelles continues to be the least corrupt country in Africa but we cannot be complacent for having the highest score of 70 out of 100 on the Index."

This is echoed in the index report, which points out that "the gains need to be further solidified, not reversed. For example, the National Assembly of Seychelles recently voted to remove a requirement for spouses and family members of high-level government officials to declare their assets, creating a new loophole."

It also called on the country to tackle the financial secrecy "which has made it an attractive destination for dirty money from around the world."

Meanwhile, the ACCS currently has two cases before the Supreme Court of Seychelles, namely the 'missing $50 million' case, where foreign aid was removed from a government account in 2002, and the mismanagement of loans at the Seychelles Business Finance Agency (SBFA).

In a press release issued late on Tuesday, Seychelles’ President Wavel Ramkalawan expressed his pride in the country’s achievement on the CPI.

“This is a clear indication that small as we are, Seychelles is on the right path towards fighting corruption in our country,” he said.

Ramkalawan said he firmly believes that Seychelles “will continue to do much better.”

“The government remains committed and fully engaged in the task entrusted to us by the people in safeguarding and ensuring taxpayers contributions are properly accounted for and spent wisely for the benefit of everyone,” he said.