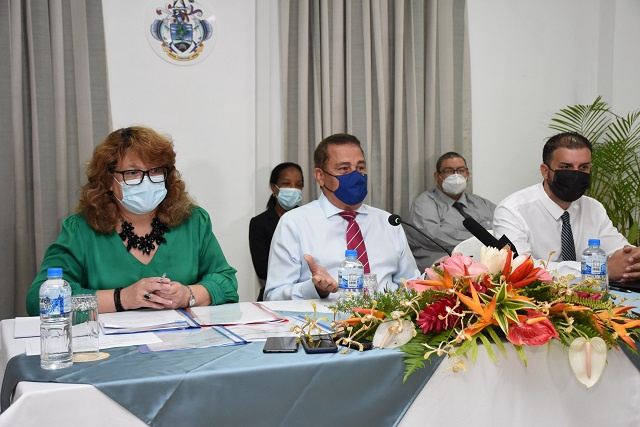 Minister Radegonde (middle) made the statement during a press conference on the latest developments in Seychelles’ international relations.

Sylvestre Radegonde made the statement during a press conference on the latest developments in Seychelles’ international relations.

“The UAE is following the case closely and they would like to see a concrete solution for the issue. They expect that the money that was given back then, as with other aid that they have given and are still giving, are used for the reasons they were given.  They do not give this donation to individuals but to help the country,” said Radegonde.

The case concerns $50 million which went missing after the funds were granted to the government of Seychelles by the UAE in 2002 “to assist in the national balance of payment deficit,” according to court documents.

The case was brought before the court in November last year by the Anti-Corruption Commission and the six suspects who were charged with money laundering and corruption are expected to appear before court on Friday, January 28. The defence has not presented a plea yet.