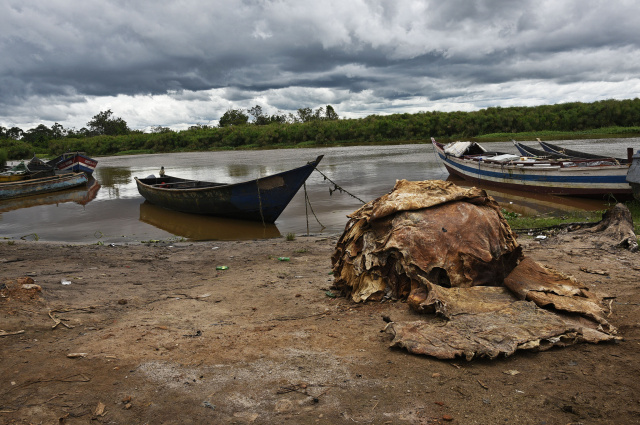 Fishing boats are moored on the banks of the Kagera River in Rakai District on April 21, 2018 as people mark the 24th anniversary of the 1994 genocide against the Tutsi people in neighbouring Rwanda. In 1994, the bodies of more than 10,000 genocide victims washed up on Lake Victoria’s shores after floating nearly a hundred kilometers downriver and through the waters of the Kagera River from the killing grounds in Rwanda. (ISAAC KASAMANI / AFP)

(AFP) - Rwanda said Friday it will reopen its land border with Uganda at the end of the month after a three-year closure, signalling a thaw in frosty relations between the neighbours.

The border was closed in February 2019 as political tensions between Kigali and Kampala spiralled, devastating two-way trade.

Rwanda's foreign ministry said in a statement that the main Gatuna border post between the two countries would reopen on January 31.

"The government of Rwanda remains committed to ongoing efforts to resolve pending issues between Rwanda and Uganda and believes that today's announcement will contribute positively to the speedy normalisation of relations between the two countries."

There was no immediate comment from the Ugandan government, but it retweeted the Rwandan statement on its official account.

UK to send asylum-seekers to Rwanda