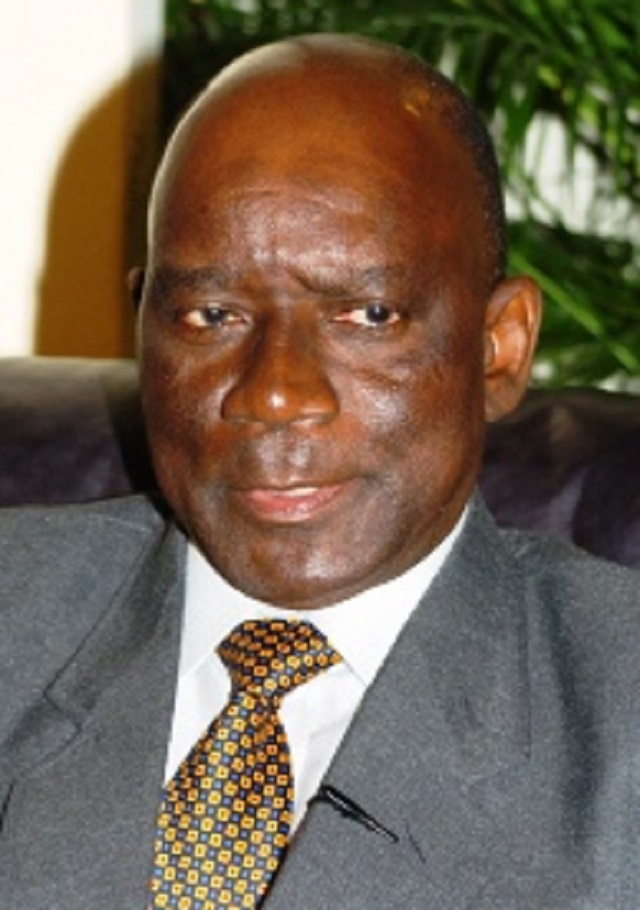 Belmont, who was 74 years old, died following a long illness at Seychelles Hospital in Victoria on Friday. (State House)

Belmont, who was 74 years old, died following a long illness at Seychelles Hospital in Victoria on Friday.

On Friday, President Wavel Ramkalawan issued a message of condolences to the wife and family of the former vice president.

"Vice-President Belmont was a true servant of Seychelles. He served in many important positions, always putting the country before self. Starting from humble beginnings at Anse Boileau, he demonstrated that perseverance through hard work and discipline, while maintaining the highest standards were important elements in achieving one's dreams. His work ethics should serve as an example to our youth," said Ramkalawan.

The head of state added that Belmont served his country diligently, always with a great sense of calmness.

"He showed respect and in return, he received the respect of everyone. Seychelles has lost an exemplary child. He will be remembered for his contribution to the development of the country," added President Ramkalawan.

SNA spoke to Belmont's daughter Karine Belmont, who said, "From humble beginnings, my father had a good and fulfilled life and this is how I am going to remember him. I had a happy childhood with my father. He was a good father."

Belmont's former cabinet colleague told SNA that he will be remembered for his calmness. "Calm, collected and calculated, this is how I would remember him, a man who did not say much," said former minister Dolor Ernesta. He added that having completed his studies in Madagascar, Belmont spoke French fluently.

Another former minister Simone Decomarmond said Belmont had a good heart. "His humility and the way he dealt with people is how I will remember him. Always soft-spoken, he helped many people," added Decomarmond.

An agronomist who became a greatly respected leader

Belmont was born on June 1, 1947, in the western district of Grand Anse on the main island of Mahe. Joseph and his brother Antoine grew up in a poor family. He completed his primary schooling at Grand Anse School and obtained a scholarship to join the Seychelles College, where he finished his secondary school studies.

He graduated as an agronomist at Ecole Nationale Supérieure Agronomique (ENSA) of the University of Madagascar in 1970. In 1975, he obtained a master of science degree in tropical agricultural development at the University of Reading in the United Kingdom.

Belmont then worked at the Ministry for Agriculture, the Botanical Gardens, the Island Development Company, where he was appointed as general manager and oversaw different agricultural projects on different islands before joining politics in the Seychelles People's United Party and becoming a minister.

Belmont was appointed minister for labour and social security by former President France Albert René in 1982. For the next ten years, he took over several ministerial portfolios including social services, health, administration, industries, international business and public administration until he assumed the office as vice president in 2004, when Rene stepped down as president and his vice president at the time, James Michel, took office.

In 2006, Belmont was Michel's running mate in the presidential election, which they won and, as vice president, Belmont took on the responsibilities of internal affairs, public administration and tourism.

He retired in June 2010 and retreated from public life due to ill health.