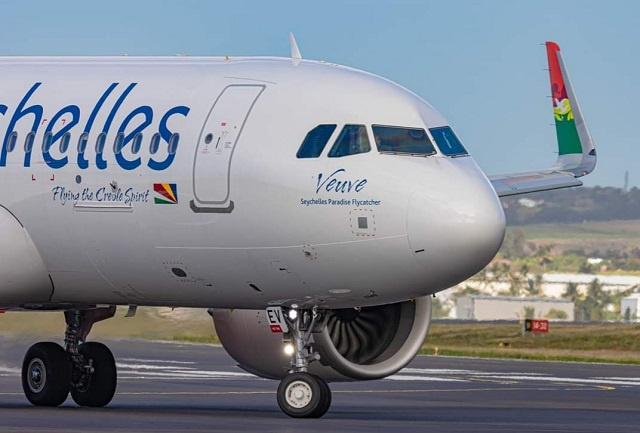 (Seychelles News Agency) - Air Seychelles will pay off only $27.8 million out of the $76 million initial debt owed to bondholders as part of the national airline's rescue plan in an agreement between the company's administrators and its creditors.

Air Seychelles and the administrators, who at the moment are managing the company until agreements with the creditors have been finalised, declined to comment further.

Recently, the government of Seychelles undertook negotiations with the Etihad Airways to find a solution to its debt obligation after the island state took back full ownership of the national airline in April 2021.

In October last year, Air Seychelles appointed two administrators – Bernard Pool and Suketu Patel – to initiate the airline's reorganisation process after a petition was filed by the Apex Trustees Bondholders on August 19, 2021, for the winding up of Air Seychelles to recuperate their investment made in the airline.

In 2012, Etihad Airways entered a partnership with Air Seychelles and bought a 40 percent share in the national airline. The remaining 60 percent belonged to the government of Seychelles, a group of 115 islands in the western Indian Ocean.

Under the original deal, the funds provided by bondholders were to be split between the United Arab Emirates' carrier and its partner airlines. Each company assumed the responsibility to pay off its debt before the bond reached its due date in 2021.

Under a May 2016 deal, Air Seychelles, Air Berlin, Air Serbia, Alitalia and Jet Airways signed up for a $500 million platform financing transaction via EA Partners II, with 6.75 percent notes due in 2021. Air Berlin, Jet Airways, and Alitalia have since gone bankrupt.

Air Seychelles, the national airline of Seychelles, was established in 1978 and began long-haul service in 1983. The airline offers both international and domestic flights.