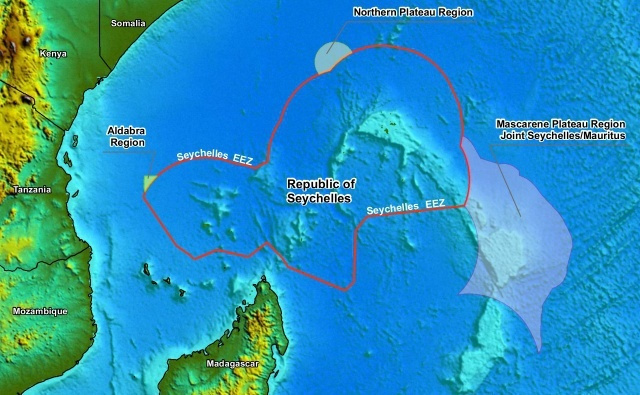 Saya de Malha Bank is the largest shallow bank found on the Mascarene Plateau,  jointly managed by Seychelles and Mauritius.

(Seychelles News Agency) - Seychelles and Mauritius will fine-tune a bilateral fishing agreement and discuss research possibilities in a six-day meeting which started on Friday, said a top government official.

The two island nations will also discuss the agreements both island nations have with foreign nations that fish in the Indian Ocean such as the EU – that represents mainly Spanish and French tuna purse seiners.

Mauritian fisheries minister Sudheer Maudhoo told a press meeting on Friday that "at the end of the day, it is not Seychelles and Mauritius doing the bulk of the fishing but rather foreign vessels."

He added that "we need to look at how our countries can profit at a maximum from the resources that we have been given. We need to rectify the fact that foreign nations are exploiting our resources more in their interest, getting the maximum out of it, with us getting the minimum. There is also the need for more surveillance and control."

The main purpose of the meeting from February 4-9 is to renegotiate the Sustainable Fishing Agreement that currently exists between the two countries.

Seychelles' fisheries minister Jean-Francois Ferrari said that although there will not be enough time to revise the whole agreement, the two parties want to relook at the main points and extend them where necessary.

The two ministers also want to come to an arrangement for the two countries to carry out research at the Saya de Malha Bank, the largest shallow bank found on the Mascarene Plateau, which is jointly managed by Seychelles and Mauritius. The results of the research will show if they will be able to make extra revenue by sustainably exploiting this joint area, they said.

Seychelles seeks to fish sea cucumbers for export to Eastern and Southeast Asia, where the species is considered a delicacy, while Mauritius is looking into the horse mackerel stock in the area. The fish, which was previously used for bait, currently has a potential market in Africa and Asia.

Seychelles and Mauritius signed their first bilateral sustainable fishing agreement in 2005. It allows the two countries to fish in each other's territorial waters. The current one, signed on February 20, 2017, will expire on February 20 this year.

During the visit to Seychelles, a group of 115 islands in the western Indian Ocean, the Mauritian delegation will also meet with representatives of the Seychelles Fishing Authority (SFA), the Indian Ocean Tuna Commission (IOTC) secretariat, the Fisheries Transparency Initiative (FiTI) and the commissioners of the Joint Management Area (JMA) of the Mascarene Plateau.