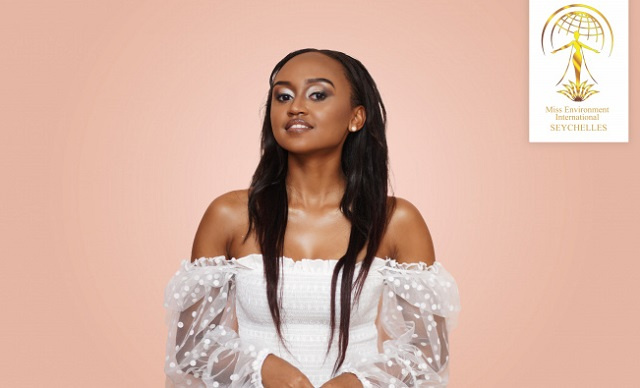 Elsia Françoise will be the Seychelles' first participant at the Miss Environment International Pageant in March. (Daryl Canaya)

The pageant will take place in Mumbai from March 21 to April 2.

The 19-year-old, who is presently studying general management at the Guy Morel Institute, was crowned second princess in the Miss Seychelles National Pageant in December 2020, organised by Beauty Empowerment Seychelles (BES).

The chairperson of organisation, Stephanie Duval, said that the reason why Françoise was chosen to participate in the event is that the first princess, Shannen Henrie, "is concentrating on her studies, which is something she actually had to put on hold when she took part in the Miss Seychelles pageant."

In Seychelles, an archipelago in the western Indian Ocean, Françoise has taken part in coastal tree planting, a mangrove litter clean up as well as beach clean-ups in several outreach programmes.

In 2021, she purchased a piece of land in Scotland in a tree-planting exercise. Françoise is also the chairperson of the local Caritas Youth Group, which is a branch of the international Roman Catholic organisation Caritas.

The beauty queen is at the moment in Mauritius, where she is attending the coronation of the Miss Environment International Mauritius, which took place on February 11.

Duval added that, currently, it has not yet been decided whether Seychelles will hold its national pageant to choose a representative for next year's Miss Environment International, which will be held in Mauritius.

The pageant was launched in 2019 in Mumbai by Rushikesh Mirajkar, an Indian fashion choreographer, grooming expert and pageant trainer and the event is promoted solely on social media. Mirajkar is also co-founder of Miss & Mrs Tiara India Organisation, which he set up in 2015, according to his LinkedIn profile.

The pageant brands itself as being a unique event that welcomes a wider selection of women, aged 18 - 28 years.