Fortune-tellers fail to sense their imminent arrest in Seychelles 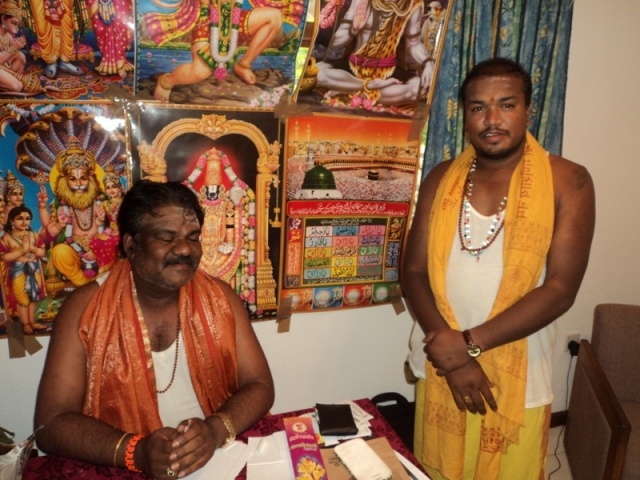 (Seychelles News Agency) - Bemused Seychelles officials today wondered how two Indian nationals who entered the archipelago and immediately opened an illegal business as soothsayers did not see their coming fate before police pounced on them.

Immigration officials said the Indians got a steady flow of clients after they advertised their services in local newspapers, but in so doing inadvertently alerted the authorities about their underhand business triggering an investigation in which police officers posed as customers.

“They claimed to know what lay in people’s future yet they were themselves taken by surprise when the authorities pounced on them before their deportation,” said adviser Raymond St Ange of the ministry of home affairs and transport.

Saying the two entered the Indian Ocean island nation of 93,000 inhabitants as ‘tourists’, he said they broke the country’s law by offering their paying services in contravention of their visitors’ permits which does not allow for working during the stay, and left the islands on Tuesday as prohibited immigrants.

“In their advertisements which appeared in some local newspapers the two claimed they were reading clients’ palms, predicted people’s future and helped them speak to ‘holy spirits’,” said St Ange.

Seychelles is a largely Christian country but it is also know that the believers also travel to African countries in search of soothsayers and witchcraft, known in local language Creole as gris gris.

According to the National Bureau of Statistics, 76.2 percent of the Seychelles population is Roman Catholic, 6.1 percent Anglican,2.4 percent Hindu, 1.6 percent Muslim, and 13.7 percent other faiths.

General » Be a reporter: Write and send your article » Subscribe for news alert
Tags: witchcraft, soothsayers