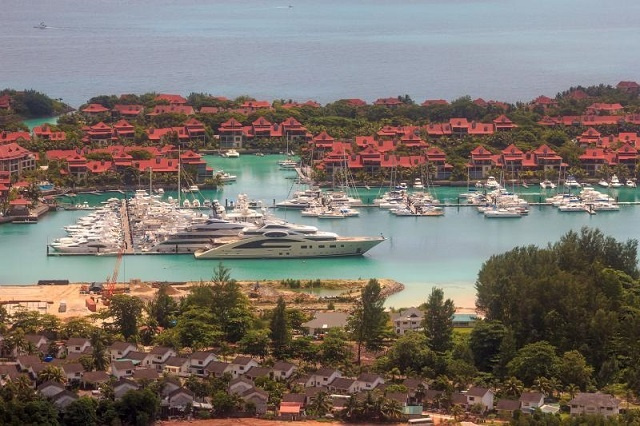 The project was always destined to be an international and tourism venture. (Salifa Karapetyan, Seychelles News Agency)

(Seychelles News Agency) - The development of Eden Island on the eastern coast of Mahe, the Seychelles’ main island will be completed later than planned, said Craig Heeger, the executive chairman.

Heeger, a South African investor got together with other investors to develop Eden Island, a reclaimed land, part of the Seychelles’ east coast development project.

SNA met with Heeger for an update on the progress made on the Eden Island development project and the challenges faced since the project started in 2006.

SNA: How did the Eden Island development project come about?

CH: The project was always destined to be an international and tourism venture. To begin with, we negotiated a very comprehensive deal with the government. Over the years we have probably sold about 650 properties brought by different nationalities. There are in around 37 nationalities represented here and about a dozen properties owned by Seychellois.

SNA: What has contributed to the success of the Eden Island development project?

CH: I think the first is locality because it's the first principle of property to have the right locality. And people thought I was completely crazy because they said, this is the worst locality in the whole of Seychelles. Why? Because it's on the airline approach routes in the southeast monsoon and it is its proximity to Roche Caiman, which is the lower middle-class development. I said no proximity to the airport is a good thing.

Is Roche Caiman a problem? No! Eden Island is a source of employment for people with low income and we have created over 2,000 new jobs. And those jobs haven’t disappeared. If you walk through my building, you will see Seychellois working everywhere.

SNA: Who was most interested in the properties when the project was launched?

CH: The biggest market was South Africans. The properties were snapped up by South Africans in the space of two or three days. Now 80 percent of the people who had bought property have settled here and there are around 37 different nationalities. Aside from South Africa, we have owners from France, Italy, Russia, the UAE, Australia and Austria.

SNA: When do you expect the project to be completed?

CH:  Not anytime soon, it’s going to take three and half years more. Firstly, a new cell phone tower will be built, plus a retail and small restaurant. Then there will be three levels of parking before you meet the bridge. And in the three levels above that, there will be bachelor pads and one-bedroom studio apartments.

I have quite a lot of work still to do. The only portion that is yet to be completed is where Sunrise Café used to be.

SNA: Was the development of Eden Island affected by the pandemic?

CH: It was very difficult and I was very worried. Everything is much more expensive and on average I had to pay about 15 to 20 percent bonus to people every month. I also increased salaries by between 15 and 20 percent for about one and a half years until the rupee stabilised. It has cost us a tremendous amount of money.

It was especially hard when we had the Delta variant close to the Indian borders and we couldn't get the 350 workers we need on that side. Right now, we have 80 workers and we are still struggling to bring that the others. It had a devastating effect on tourism activities on Eden island and also affected restaurants and other shopping facilities.

It also had a psychological effect on my staff that I had to financially compensate to assure their job security.

The pandemic also slowed down construction by more than two years and this has cost us more than half a million dollars a month to run the establishment. The number of new sales is about half the rate at which it was selling prior to the pandemic.

SNA: What will happen to the Eden Island development after?

CH: Well, there's is a governing body that oversees the residential side of Eden. Then there’s another one that will remain Eden Island Development Company and will administer the infrastructures. We provide our own power and our own water.

The Interview » Be a reporter: Write and send your article » Subscribe for news alert
Tags: Eden Island Development Company

First phase of Eden View properties in Seychelles sold out