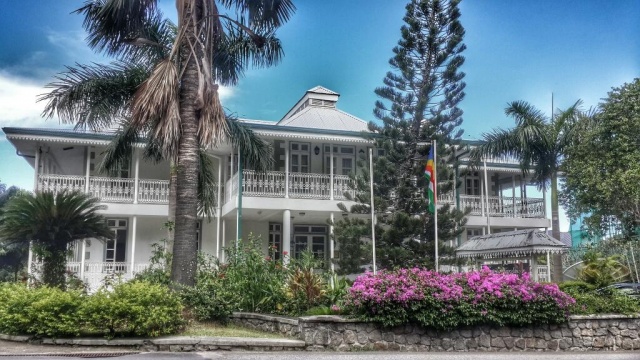 A statement released by the country’s foreign affairs ministry expresses ‘dissatisfaction with the content of the report’ and rejects its validity.

“The ministry has pointed out that the report is based on incomplete information compiled without due objectivity and does not reflect a genuine valuation of the current human rights landscape in the Seychelles, ” the communiqué reads.

The MFA says “Seychelles is one of the states that have been most forthcoming and open on issues pertaining to human rights as shown by the country’s invitations to the United Nations special rapporteurs to independently assess the local situation”.

The report says that the most significant human rights problems in the country include police brutality, restrictions on freedom of the press and assembly, and denial of workers’ rights, particularly those of foreign workers.

The report says the islands’ government took steps to punish officials who committed abuses, whether in the security services or elsewhere in the government, “but impunity existed“.

The foreign affairs ministry says Seychelles’ has submitted itself to a universal periodic review in the United Nations Human Rights Council where its record was scrutinised and assessed.

“The Republic of Seychelles regrets that the positive strides it has undertaken to further promote good governance, democracy, the rule of law and human rights went unrecognised in the State Department report.

“A number of independent assessments made by various United Nations agencies commending Seychelles’ accomplishments have not been referenced in the report, which instead focuses on hearsay and inaccurate reporting of circumstantial and anecdotal situations,” adds the ministry, urging the US to use objective information, rely on empirical evidence and engage the Seychelles government and other relevant stakeholders when compiling such reports in the future.

“This would eliminate the risk of focusing only on the views of a select and unrepresentative group of opinions which ultimately undermine core efforts at improving the human rights framework of Seychelles”, said the ministry, inviting the “competent US authorities to visit Seychelles at their convenience and assess the situation on the ground, without any restrictions, in a fair and objective manner”.

Seychelles is a middle income country 2,500km off the east coast of Africa. It is ranked high on the UN’s human development index and is among leading sub-Saharan countries in primary health care delivery, education and housing.

Diplomacy » Be a reporter: Write and send your article » Subscribe for news alert
Tags: US State Department, human rights

'Significant progress' made on human rights in Seychelles