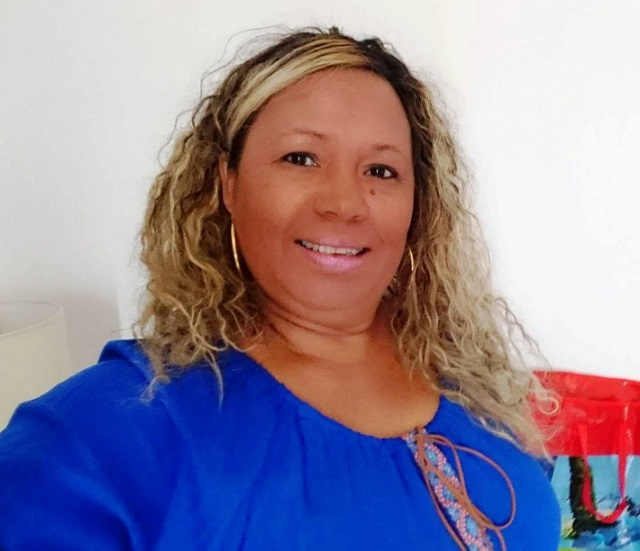 Anita Gardner has dedicated her life for the last 17 years to working with people with hearing impairments. (Seychelles Nation)

She set up the Association for People with Hearing Impairment (APHI) in 2005 to cater to the needs of hearing-impaired Seychellois.

Her latest project is translating songs and poems into sign language.

SNA met with Gardner to commemorate the International Women's Day which is celebrated on March 8, to learn more about her journey in this noble endeavour.

SNA: Tell us about yourself.

AG: I am married with a son. I grew up at the tea factory at Morne Blanc, on the property itself. My father was among the first to work at the tea company since it opened. Growing up in such an environment meant that I love nature a lot and I am strict when it comes to cleanliness. I love listening to music, especially jazz, instrumental and as of late I have been singing in sign language. This is one of the works I am doing actually - translating songs and poems.

I attended school at St Paul and once zoning was introduced, I went to Mont Fleuri school. When my parents separated, I had to go to Port Glaud for the last years of my secondary school studies. Since I was a child, I have always loved challenges. I didn't attend post-secondary as I am a more practical kind of person - I always knew I would be doing charity work, even as a child. At school, you would have found me with the less popular kids. I started working at a young age and one of the first jobs I did during the weekend was with the social worker in the district.

SNA: How did your journey with the hearing-impaired start?

AG: Throughout my life, I have tried quite a few things but I always knew that it wasn't what I wanted. Years back, sign language caught my attention but I placed it in a little box in my head with the intention to come back to it. I went on to establish my own business, but I knew I was meant to be somewhere else.

It all happened on a trip to South Africa. I was supposed to come back to Seychelles after a month that is the maximum time I could say in South Africa. For 24 hours, I crossed the border to Namibia and then went back to South Africa. I linked up with a group of people with hearing impairments and I realised that this is what I was looking for.

Everything fell into place and I opened that little box I had tucked away inside my head. The exposure in South Africa was a very positive one - some of the hearing-impaired individuals I met had their own businesses and could read, whereas in Seychelles, we thought of these people as being crazy. In Namibia, I met with a seamstress of the First Lady at the time, who was teaching deaf girls how to sew. This inspired me.

SNA: What happened when you returned to Seychelles?

AG: I came back with a determination to do a similar project. It was supposed to be a little project called 'Curiosity Project'. I didn't envision things would get this big at the time. I opened it in Victoria market where boys and girls could join to do craftworks. We also did fashion shows in the market in 2004 or 2005.

As deaf people were going to school and university in Namibia, I wanted the same for Seychelles. This is when I decided to set up an organisation in 2005.

Before it was set up, I tried to work with people with hearing impairments. Reunion Island [a French overseas department] proposed the idea to Seychelles but they had put in a place a committee, not an association. When I formed the association, I asked these people to join as I wanted to work with them. Some of my personal friends, deaf people and their parents also joined and we have been pushing forth since then.

SNA: What are some of your greatest challenges and accomplishments over the years?

AG: The first thing we had to think of was what to prioritise. At the time, there wasn't much in the country for the hearing-impaired. Education was number one on our agenda. I had to go back and forth to South Africa to visit their school to gain more knowledge. Getting the right resources was a great challenge.

From 2002 up to 2005, I had to fund almost the whole thing by myself. When the association was formed, we started getting sponsorships. Opening the first school was the biggest achievement for us. A lot of the deaf children in Seychelles were growing up illiterate. With the establishment of the school, we want to ensure that children get equal access to education.

SNA: Are you satisfied with the structures currently in place for the hearing impaired in Seychelles?

AG: When we started the association, we were under one government, and since then, we have had several changes in presidents, which brought about reshuffling in the government. Many of the key persons we were communicating with changed and this was a big challenge. When new people are appointed, we need to explain things anew.

Under the new [current] government, we are moving on where we left off and that is something positive. They have confidence in me and understand that this is the right way for deaf people;

We should no longer be at the stage where we are fighting for our rights, we should be looking at our missions and objectives. In the past, we didn't really get the chance to work with the government because the structures in place hindered rather than help us move forward. When I speak, I do so for all the minority groups. When the government drafts its plans, it needs to target all groups. When budgeting each group should be accounted for. The same applies to when policies are being drafted. We should not constantly have to approach the government to tell them, that we were not consulted. We want to be included from the beginning.

SNA: How has the COVID-19 pandemic impacted the work you do?

AG: When COVID-19 struck the country, we were in all the press conferences. We approached the concerned parties voluntarily to provide the service as we felt that this information should be available to everyone in society.

Hearing-impaired people can get anxious if they do not understand a situation and this is why we made sure that were present at the press conferences. When mask-wearing became obligatory, we had a problem translating. This is when we took to our Facebook page. We made our own videos from the news, to keep the hearing impaired informed. We have been holding discussions with SBC to translate news items. The problem we face is that we have a lack of interpreters. We could start off with a once-a-week bulletin.

SNA: What has the association planned for the future?

AG: We have done the foundation work as an association. The school has been established, we have trained teachers which means we can train more, we have our centre equipped to provide most services to a deaf person.

We will now move on to creating other programmes. This year we are busy with CJSOI (Commission de la Jeunesse et des Sports de l'Océan Indien or the Commission for Youth and Sports of the Indian Ocean) where two of our students will be participating. There are also preparations for our Indian Ocean Game athletes. We now need to work with the Ministry of Health so that we can start making a difference in deaf child's life as soon as they are diagnosed.

We hold classes for people who want to learn sign language but we have found that many stop midway because of their busy schedules. What we want to do, together with the Ministry of Education as they develop new curriculums, is to introduce sign language at the school level. There are sign language dictionaries that we can give to schools, but we will also create short videos, which will be easier for teachers to kick off with. We are still sorting out some things though.

We would also like to see the Seychellois sign language be adopted as the fourth official language in the country. At the moment, I am working on some documents that will be sent to the cabinet of ministers and later the National Assembly.

SNA: What message would you like to relay for Women's Day?

AG: First and foremost, I would like to thank all the women who are working in the association. We greatly appreciate all the female members of the team, but the deaf society needs more men to be part of it. We need men to be more active.

We have a lot of people high up in the government who have hearing impairments and we would like them to come on board to inspire others, let them know that they can have a rich and normal life.

The Interview » Be a reporter: Write and send your article » Subscribe for news alert
Tags: Association for People with Hearing Impairment