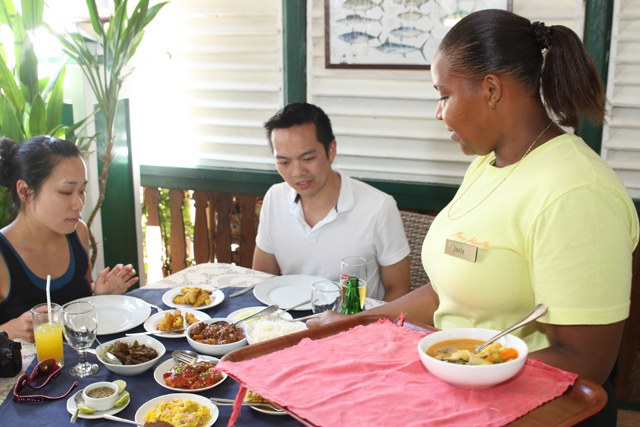 The measures are also part of national responses to the economic difficulties that Seychelles is going through. (Joe Laurence, Seychelles News Agency)

(Seychelles News Agency) - Due to an anticipated global economic crisis as a result of the conflict between Russia and Ukraine, the social welfare agency in Seychelles is putting in place measures to assist lower-income earners, a senior official said on Monday.

The Agency for Welfare Protection (ASP) has reviewed its internal procedures and, as of March 14, decided to take several concrete actions, the Minister for Employment and Social Affairs, Patricia Francourt told reporters.

The measures are also part of national responses to the economic difficulties that Seychelles, an archipelago in the western Indian Ocean, is going through, which were approved by the cabinet of ministers last week.

One of the measures is to give around 300 families electricity tariff rebates and Francourt said that this will in effect reduce their payments for electricity consumption.

"ASP will work closely with other partners such as Public Utilities Corporation (PUC) to identify the families in need of the assistance," she said.

Francourt added that in order to access welfare assistance, the agency "will no longer ask members of the public to bring certain documents such as birth or death certificates as it already has access to these documents. However, some documents will still be needed such as identification cards, salary slips, water and electricity bills, proof of housing payment, part-rental and documents of the Family Tribunal."

The ministry is currently in discussion with the Central Bank of Seychelles to get financial documents of potential applicants so they will not have to go and get them from their respective banks.

A committee that looks at the application will be meeting more often to fast track the process and applicants are expected to get a response to their applications the following day.

Francourt said that "in the long term the Agency is working to put in place an automated system so that procedure for application will go much faster."

She said that as of April 1, new welfare allocation weights will take effect and that the new measures will ensure that there is no abuse of the system.

Earlier this month, Seychelles authorities were in discussions with the World Bank to find better ways to assist lower-income individuals.

Finance minister Naadir Hassan announced in an interview last week that the government is looking at targeted measures to assist people with incomes lower than SCR8,500, which is about $600.

Amidst drought conditions, Seychelles turns off the overnight taps to conserve water