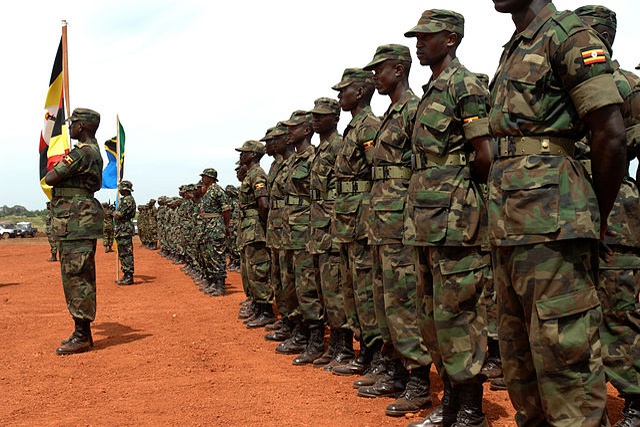 (Seychelles News Agency) - April next year will see Seychelles take over the chairmanship of the Eastern Africa Standby Force (EASF) four months after it is scheduled to be fully operational.

Seychelles will be taking over the rotational chairmanship of the Nairobi-based EASF secretariat for one year from the current chair Rwanda.

The Indian Ocean island nation is one of the 10 countries that make up the EASF alongside Burundi, Kenya, Uganda, Djibouti, Comoros, Sudan, Rwanda, Ethiopia and Somalia.

The force initiated ten years ago pursuant to one of the decisions of the African Union’s heads of States and Government 2004 summit, is one of the AU’s five peace keeping mechanisms that were charged with the responsibility of attaining full operational capability by December 2015.

EASF has fast tracked its efforts and is now ready for operations by December this year.

The final modalities of attaining full operational capability (FOC) were discussed during a week-long conference held in Seychelles at the Savoy Hotel in the northern district of Beau Vallon on mainland Mahé, which included three separate meetings. The first was the policy organs meeting (POM) of the EASF experts working group and it was tasked with going over all the aspects of the new structuring and framework of the EASF and present its recommendations to the meeting of the Chiefs of Defense Forces, (CDF).

After two days deliberations the POM presented the CDF with the regulations which will guide the different aspects of the work of the EASF as well as a funding mechanism entitled the Peace Fund. The meeting also presented the final draft of the strategic plan of the force to the CDF for consideration and recommendation to the Council of Ministers for Defense for the EASF member states which met on Friday October 24 for approbation.

The different member states all contribute towards the force and this is done on a ratio basis which works out what each can contribute according to its abilities.

Seychelles, while being unable to commit many personnel to the force which now stands at 5,200 has committed itself to sending ten military officers and  ten police officers to facilitate the work of the secretariat but is major contribution will be making available the country’s smallest tanker- the Seychelles Paradise to supply the force with fuel whenever it deploys.

Interviewed by the local press on Friday, the Seychelles Minister for Foreign Affairs, Jean Paul Adam explained that the island nation’s government will bear the cost of this for the first month as well as for any other contribution it makes, but after that the force takes over the financial responsibility.

Over the past ten years many exercises have been held to get the force ready to operationalization and Kenya has already validated its contribution to the force during a command post exercise held there this year. The other member states have to follow suit as all contributions have to be confirmed and validated before full operational capability can be declared.

The final exercise will take place in Addis Ababa, Ethiopia from the end of November through to the first week of December and it is expected that EASF will declare that it can start operations.

Once operational the force will have the mandate to assist member states in ensuring peace and security in the region.

EASF Director Chanfi Issimail explained the proposed strategic plan saying it has a four pillar approach with each having its own goal, which in turn has specific strategic objectives. The objectives have set milestones and time frame for implementation.

“After attainment of FOC, a new roadmap is necessary. We need to define the way forward……..We need to be clear in our move as an organization. We need to be sure of and secure, as a force, of the course of our action,” he said.

Seychelles has highlighted the need to ensure maritime safety as the key to maintaining peace and stability in the region.

“All member states of the EASF have the common concern of maritime safety be they coastal or landlocked because our oceans are the primary routes of trade and commerce and ensuring peace and stability in our region is a means of making sure that we can benefit from the vast potentials which the oceans represent, under the blue economy concept which Seychelles is championing and is receiving the support of many countries,” said Seychelles Foreign Affairs Minister, Jean Paul Adam.

Seychelles will be taking over the chairmanship of the organization at a time when the region is facing many stability challenges such as the on the ground situation in Somalia and the threat which Al-Shabab presents, but Adam assured the EASF Council of Ministers that the country is ready for this task and is confident of delivering on its responsibilities.

While in Seychelles the defence ministers of member countries of the Eastern Africa Standby Force also met with the Seychelles President James Michel at State House on Friday afternoon.

The possibility for further collaboration in the field of security, specifically in relation to the Regional Fusion and Law Enforcement Centre for Safety and Security at Sea (REFLECS 3) and the continued support of Seychelles to the EASF, as well as the deliberations during their meetings held in Seychelles were amongst issued discussed.

“Seychelles will continue to give the support required to the organization to bolster peace and security in our region. The discussions that you’ve had and also the measures that you’ve proposed will certainly strengthen the partnership on the issues of peace and security,” said Michel in a statement issued by State House.

EASF also partners with international organizations and states which are active stakeholders in maintaining law and order peace and stability in Africa; and as such, it gets support from the Nordic countries as well the United Kingdom, Japan and France, amongst others.