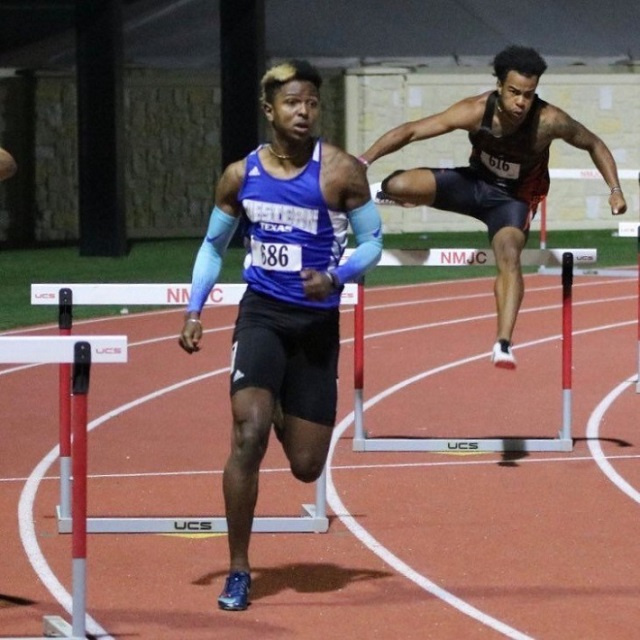 Sprinter Ned Azemia is one of the athletes awarded another scholarship and is already on overseas training. (Seychelles Nation)

(Seychelles News Agency) - Six Seychellois athletes have received an Olympic Solidarity Scholarship through which they will get financial and technical support in their quest for a spot in the next Olympic Games in Paris in 2024.

Azemia, Dodin and Passon are already on overseas training since they were already awarded scholarships in September 2017 to seek a qualification spot in the last Olympic Games in Tokyo.

Three out of the six athletes and their respective federations were present at the signing of their contract with the Seychelles Olympic and Commonwealth Games Association (SOCGA) on Monday. The scholarship is sponsored by the International Olympic Committee (IOC).

"It is important to note, however, that today we are not signing a contract to guarantee the athletes a spot at the Olympic Games, but we are giving them the best possible opportunity to qualify," said SOCGA's president Antonio Gopal.

Weightlifter Coloma, who is 18, said, "I am very happy to have been selected among the six athletes and for me the hard work starts now for me as I look forward to getting better and achieving at least a bronze medal for Seychelles at the Olympic games."

Sailor Loic d'Offay has been sailing since he was about 13 years old at 18 years, he has been given the chance to join the ranks of Seychellois Olympians Alan Julie and Rodney Govinden.

"I am very excited. I am very thankful for SOCGA seeing the potential in me to compete at the Olympics. I hope to do well not only at the Olympics but in every competition that I get to represent Seychelles in," said d'Offay.

As for Boniface, who is 27 years old, he will be carrying the hope of Seychelles to regain its place in the boxing event as one that the island nation has succeeded in winning medals in international competitions.

"This is the first time I am blessed with something like this and now I am looking forward to training harder and to doing well for Seychelles, especially at the 2024 Olympic Games," said Boniface.

The aim of Olympic Solidarity is to assist National Olympic Committees (NOCs) in the development programme of their elite athletes. Through the scholarships, athletes get financial assistance to assist in getting access to appropriate training facilities and to participate in international competitions. The scholarship also allows them to obtain, if necessary, a specialised coach.

Seychelles, an archipelago in the western Indian Ocean, has been participating in the Summer Olympics since 1980. The closest that the islands came to winning a medal was through its boxing champion Rival Cadeau Payet who in 1996 came fourth at the Atlanta Olympics.

Seychelles had only five athletes in the Olympic Games in Tokyo in 2021 among which only sailor Rodney Govinden and swimmer Felicity Passon qualified.