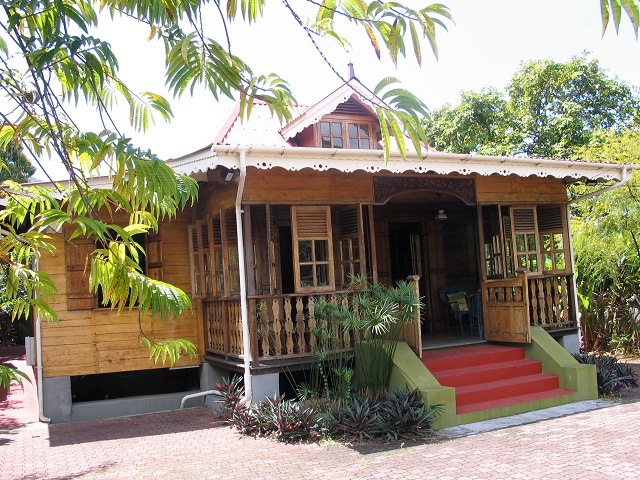 (Seychelles News Agency) - The origin of the traditional architecture, why it is disappearing and what is being done to promote and preserve such architecture, were thoroughly discussed as architects, builders and historians from Seychelles and other Indian Ocean islands met today in the Seychelles capital of Victoria.

The one day forum on the promotion and conservation of the traditional Creole architecture has been organised as part of activities for the 29th Festival Kreol.

Traditionally, Creole architecture with slight variations from one island to another, originated during the colonial eras and was influenced by climatic conditions and availability of building materials.

They are mostly characterized by large double doors and windows combined with high pitched roofs to allow natural ventilation and lighting.

For the same reasons, houses also had large verandas or balconies usually with wooden balustrades.

According to Seychellois historian Tony Mathiot, the first traditional Creole structures were designed and built by some of the 70 French Jacobins deported to the archipelago’s main island of Mahé in 1778 for supposedly plotting against Napoleon Bonaparte of France.

Most of the houses were no more than 12 metres by 4 metres and were built of tropical timber, such as ‘Kapisen’, Casuarina and ‘Kalis  Dipap’.

Mathiot said that later on, the French settlers acquired large plantations of coconuts and on which they built their houses and the ‘kalorifer’ or kiln (used to dry coconuts).

"Today, it is with a lot of nostalgia that we rarely finds such fine houses. Unless they have been declared national Monuments, they have all disappeared."

It is estimated that 95 percent of buildings with such architecture are no longer standing.

Mathiot also noted that there has been virtually no new building with traditional Creole architecture since the 1970’s. He blames this on the evolving lifestyle of the Seychelles, prompted by tourism development and unavailability of some building materials.

Lime, for instance which was manufactured from coral, can no longer be used as there was also the need to preserve our reefs, which constitute an invaluable tourism asset.

Some of the existing architecture that have been declared National Monuments include  Kenwyn House in Central Victoria, presently housing the flagship outlet of  high market jewelry business JOUEL, a South African owned venture.

Still owned by the telecommunications company, Cable & Wireless Seychelles, Kenvyn House was built in 1855 to accommodate the then Chief Medical Officer Dr James Brooks and was renovated in 2003, retaining its wooden structure and large veranda and balcony.

Another example is the 'Grann Kaz' of L'Union Estate on the Seychelles third most populated island of La Digue which was built in the last quarter of the 19th century by Said Hossen, a merchant of Iranian origin.

It was restored in the late 1970’s and recently it was announced that the unused building will be given a new purpose as it will be turned into a museum to help preserve the cultural and historical heritage of La Digue.

Interestingly three students from the La Digue Secondary School made a presentation of some of the remaining traditional Creole buildings on their island including the ‘Grann Kaz’.

Ron Felix from the Ministry of Land Use and Housing told the forum that the most common edifices with traditional Creole architecture, still in existence are plantation houses.

These comprised large living rooms, with up to ten double doors and windows, surrounded by equally spacious verandas, with outside kitchens, washrooms and other utilities compared to cottage houses that were smaller and sat of raised foundations, usually made of rocks, but boasted large doors and windows for lighting and ventilation.

Urban shops mostly run by Indian and Chinese traders are also categorized as Creole architecture, with business conducted on the ground floor and a residential attic on top.

Highlighting the need to preserve this important aspect of the creole heritage the Chief Executive Officer of the Seychelles Heritage Foundation, Patrick Nanty revealed that the Seychelles government has agreed to an incentive scheme, part of which will be a grant to owners wishing to preserve their buildings with a creole architecture.

Participants from the neighbouring Indian Ocean islands of Mauritius and Reunion also shared their endeavours to preserve their own traditional Creole architecture.