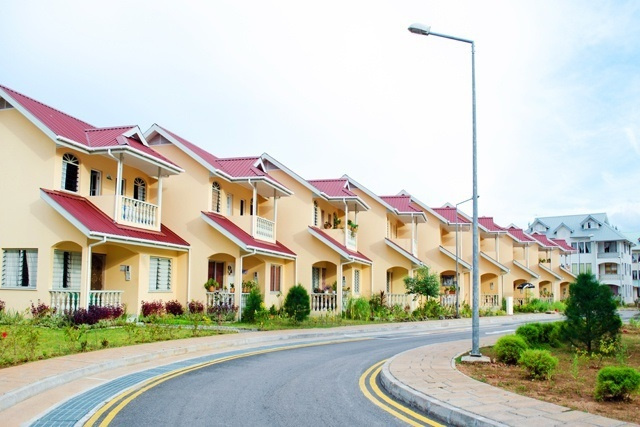 The largest social housing project undertaken by the Seychelles government to date is on the reclaimed island of Perseverance next to the main island of Mahe. (Seychelles News Agency)

The government will be building smaller housing units for its citizens allowing for more to be built for the same price under its revised housing and land policy, said a top Seychellois government official on Friday.

When presenting the new policies to the media, the principal secretaries for land and housing revealed that reducing the average size of existing housing units will allow the government to build 342 more than projected on the same budget.

He added that at present 2,000 houses can be built at a cost of around SCR1.6 billion ($111 million) but with the reduction in size, the government will be able to build 2,342 for the same amount.

Barbe said that there is a need to make better use of available land.

"We want to create higher density housing for our more affordable products, where rather than building semi-detached houses, we want people to move to gated condo-type housing," he said.

Meanwhile, the principal secretary for land, Murielle Morgan, said there will be changes to the allocation of housing.

"All applicants once they have met the application criteria will need to demonstrate a minimum financial ability of SCR 1.2 million. Financial ability will not be restricted to main applicants and co-applicants. Other interested parties, for example, parents can assist with financing based on a defined mode of commitment," she said.

Morgan added that under the reviewed policy, the allocation of land will be on a national level and not at district or regional levels.

"This is because we have seen that land in the northern areas of Mahe are scarcer than those in the south, while they also cost more for the government to develop and add the necessary infrastructures," said Morgan.

This will mean that clients will have to pay more for that land, added the principal secretary for land.

The new policy also addresses issues concerning people buying cheaper land from the government and later selling it at a huge profit without having made any development on it.

She added that people will be given five years to develop their plot of land and must have completed construction of at least 75 percent of their house on that property in that period. Applicants will not be able to sell their properties before 15 years.

Over the years, in Seychelles, an archipelago in the western Indian Ocean, affordable housing has been mainly provided by the government under various schemes to assist people who cannot afford to build on their own or do not own land. However, a rise in population growth and economic development has put pressure on the already limited land.

General » Be a reporter: Write and send your article » Subscribe for news alert
Tags: affordable housing, allocation of housing