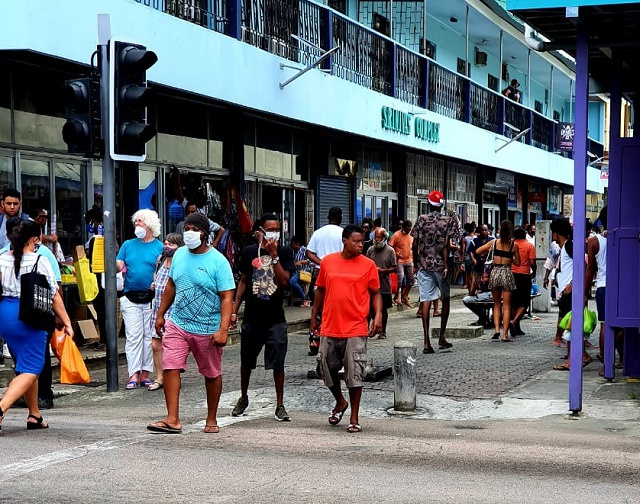 Life expectancy is described by the NSB as an estimate of the average number of additional years a person is expected to live. (Seychelles News Agency)

Life expectancy in Seychelles has dropped by 3.8 years and stands at an average of 73.5 while the number of deaths has increased, the latest figures from the National Bureau of Statistics (NBS) show.

Life expectancy is described by the NSB as "an estimate of the average number of additional years a person is expected to live if the age-specific death rates for a given year prevailed for the rest of his or her life."

The two factors that affect it are death and base population figures.

A geographical information system officer at the bureau, Therese Gopal, told SNA on Tuesday that due to the increase in the number of deaths caused by a new factor - COVID-19 - the bureau was expecting a decrease in life expectancy.

"Deaths caused by COVID-19 had a major impact on the decrease of life expectancy. On average, Seychelles records around 700 deaths in a year. Last year, there were 925 deaths, a lot of which were among the elderly. We were expecting this decrease," said Gopal.

According to data from the local health ministry, Seychelles recorded its first COVID-19 death in January 2021. Figures from the statistics bureau showed that by the end of December 2021, there were 75 COVID-19 virus identified deaths.

Gopal said that the second factor - base population - that affects how life expectancy is calculated also had a role to play in the decrease in life expectancy.

She added that "policymakers might find the fact that our life expectancy has gone down as alarming, but until we can get new base figures from the census, we will be able to determine if what we did was correct or not."

Seychelles, a group of 115 islands in the western Indian Ocean, is set to start a population and housing census on April 22, 2022. The census was previously scheduled for 2020 but due to the COVID-19 pandemic, it had to be postponed.

During the census, the officers will also gather information for the voter census.

National » Be a reporter: Write and send your article » Subscribe for news alert
Tags: COVID-19, National Bureau of Statistics