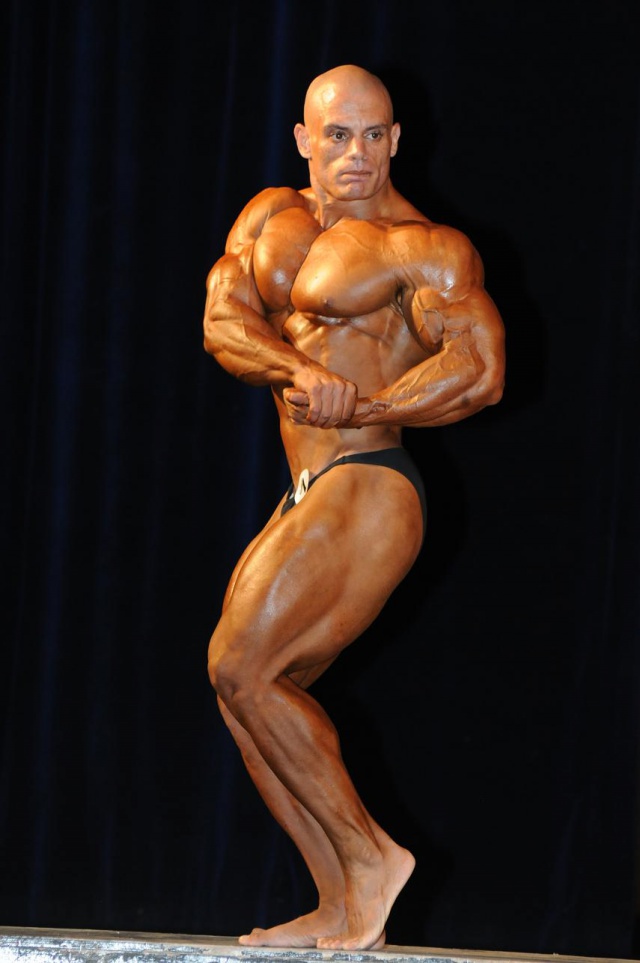 (Seychelles News Agency) - Seychelles’ bodybuilding has come within an inch of world recognition after the reigning Mr Seychelles, Ziad Mekdachi, gave the world a stellar performance in Johannesburg, South Africa last weekend, to come out second overall at the Mr. Olympia for amateur bodybuilders.

This is a far better performance than the one he achieved in December last year when he finished fourth in the Mr. Olympia Amateur championship in Bahrain.

Mekdachi was the sole participant from the island nation at the world event, which is organized annually by the International Bodybuilding Federation (IFBB) for amateur and professional bodybuilders.

The 2014 Mr. Olympia contest for professionals, now in its 50th year, was held between September 18 and 21 in Las Vegas, Nevada.

Amateur bodybuilders aspiring to walk in the footsteps of their professional role models gathered in Randburg, South Africa a few days ago for the Mr. Olympia Amateur event.

Support for the island boy

Mekdachi was determined not to be intimidated by those gathered inside the Gauteng arena and went on to impress the judges. He shared his recollections with SNA when the 3000 or so spectators at the event chanted his name in approval at various intervals during the competition.

“There were moments when I felt like I was South African, due to the vast amount of support I enjoyed,” he said, noting that fans referred to him as “island boy”.

“It was a proud moment of glory and I get emotional reminiscing about it.”

Mekdachi went on to win to the gold medal in the 90kg class, which guaranteed him a spot in the final for the overall crown where he was still a crowd favourite during the final as fans kept waves of supportive chanting flowing towards him.

In the end the Mr. Olympia Amateur title was awarded to a South African bodybuilder, with Mekdachi coming out in second place.

The Seychellois bodybuilder said he had grown tired at this stage of the competition and was grimacing which led him to lose valuable points.

“I think they choose the South African because he was more relaxed and looked fresh throughout the final posing.”

Winning the Mr. Olympia Amateur title equates to an opportunity to join the world’s professional bodybuilders.

It is a general rule that the winner of the Mr. Olympia amateur crown receives a permit (otherwise known as a procard) to become a professional, supported and cared for by sponsors.

This has been a lifelong dream of Mekdachi and he told SNA that he was spurred by the prospect when he went to South Africa.

And despite coming out second Mekdachi is still hopeful that he stands a chance to achieve his dream as he explained to SNA that the judges were very impressed and had approached him after the competition congratulating him for “a job well done and a body well kept.”

He said they have indicated that they intend to provide him with a ‘procard’ in the not-too-distant future so he can be on his way to become a professional as well.

“They were very impressed and wanted to know how we have come about producing an athlete of this calibre here in the Seychelles,” said Mekdachi.

“They spoke to the countries representative on the same night and from what I’ve been told, efforts are well underway to ensure I am granted a ‘procard’ before long.”

Asked if it is part of his plans to become a professional at this juncture, Mekdachi implied it would be a dream come true to perform his art on the world’s biggest stage, alongside some of the biggest names in world of bodybuilding.

He said he felt he would do his name and Seychelles’ bodybuilding justice, given the willingness of IFBB organizers to make an exception and grant a ‘procard’, based on what they have witnessed in Randburg.

The bodybuilder, who returned to Seychelles on Tuesday, has nevertheless noted that he is a struggling athlete who could use the help and support everyone to ensure further progress in his chosen sport.

Mekdachi, who works at the Ephelia Resort in western Mahé’s Port Glaud district said he had to take a ten week leave of absence from work to train and participate in the Mr. Olympia event, noting that he was not paid a salary during that time.

While he awaits being granted a ‘procard’, Mekdachi is confident of achieving good results in other upcoming competitions as he heads for a regional event in the neighbouring Indian Ocean island nation of Mauritius next month.

He also intends to defend his Mr. Seychelles title next Friday, November 7, aiming to win the title for a third time, following his successful attempts in 2009 and 2013.