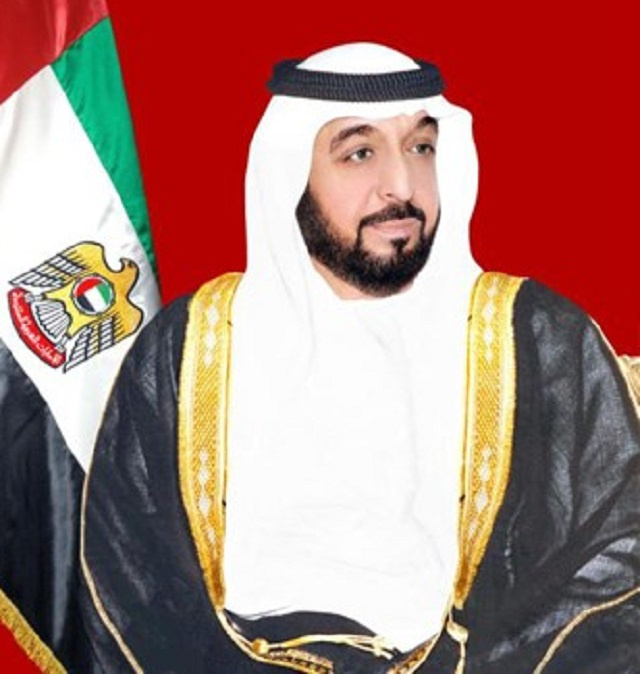 President, Sheikh Khalifa Bin Zayed Al Nahyan, passed away on Friday at the age of 73. (Ministry of Foreign Affairs)

Seychelles' President Wavel Ramkalawan has sent a message of condolences to the family, government and the people of the UAE following the passing of the President, Sheikh Khalifa Bin Zayed Al Nahyan, on Friday at the age of 73.

In his message, Ramkalawan said, "As the President of the United Arab Emirates for the last 18 years, His Highness Sheikh Khalifa Bin Zayed Al Nahyan consolidated a period of progress and prosperity for the people and made fundamental contributions to the UAE becoming a regional pioneer in the Middle East by advocating stability, as well as supporting economic and social development across the Arab world."

Ramkalawan added that the excellent cooperation between Seychelles and the UAE reached its highest ever point under the sterling leadership of Sheikh Khalifa Bin Zayed.

"This has led to the further strengthening of the relations and ties of friendship between the two countries and their peoples, based on mutual trust and understanding," said the President.

Ramkalawan ended his message by stating that Seychelles will honour the legacy of Sheikh Khalifa Bin Zayed and mourn his loss alongside his family, friends, and the people of the UAE.

A message of condolences has also been sent by former President Danny Faure to Sheikh Mohamed bin Zayed Al Nahyan, Crown Prince of Abu Dhabi and deputy commander of the UAE Armed Forces.

"It is with sadness that I learned of the sad passing away of your dear brother, the President of the UAE, His Highness Sheikh Khalifa bin Zayed Al Nahyan, and it is with a heavy heart that I express to You and to His entire Family and entourage my deepest condolences," said Faure.

He said that Sheikh Khalifa bin Zayed Al Nahyan was indeed a great leader who knew how to lead his country to the next stage of its development, which is globally acclaimed.

"He contributed significantly to strengthening the bonds of friendship and solidarity between our two nations. He stood at our side during the most critical stages of our development, particularly since the 2008 financial crisis.  We shall ever remain grateful to him. May his soul rest in eternal peace," said Faure.

According to the Emirates News Agency, the Ministry of Presidential Affairs has declared an official mourning period for the late Sheikh Khalifa bin Zayed Al Nahyan with the flag flown at half-mast for 40 days starting from Friday.

"Work in ministries, departments, federal and local institutions and the private sector will be suspended for 3 days starting from Saturday (tomorrow), and work will resume on Tuesday," said the news agency.

Sheikh Khalifa bin Zayed had served as the President of the UAE and ruler of Abu Dhabi since 2004.