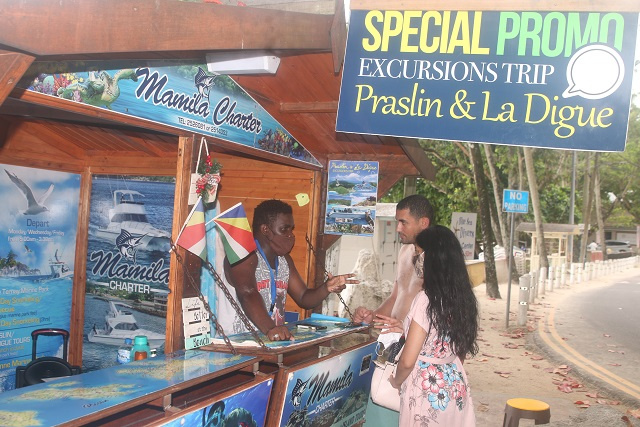 (Seychelles News Agency) - Seychelles' credit rating has been upgraded to B+ with a positive outlook by Fitch Ratings, which reflects a stronger than expected economic growth and fast debt reduction, according to the ratings agency.

According to a statement released Friday, Seychelles moved from a B+ with a stable outlook to B+ with a positive one. The improvement has been welcomed by the Minister for Finance, National Planning and Trade, Naadir Hassan, who said it shows that the fiscal and monetary policies by the Central Bank of Seychelles and the government have been the right ones.

"Since the start of the reforms in July 2021, we have been prudent with spending, we have demonstrated that we are serious in reducing the country's debts, and we have shown our drive to bring in the necessary structural reforms needed to achieve these targets," said Hassan.

The minister added that the revised rating is a reassurance "that the international community recognises our efforts. This new rating will give investors more confidence in the government's policies, which will allow for more foreign direct investment in Seychelles."

Fitch Ratings said that the "Seychelles' budgetary metrics in 2021 met or exceeded the targets set by the IMF in its last Extended Fund Facility (EFF) review, with the primary deficit outturn of 3.1 percent of GDP overperforming the target by 3.3 percentage points."

It added further that "public debt/GDP fell to 74.9 percent of GDP in 2021 (versus Fitch's expectation of 77.3 percent) owing to strong nominal GDP growth, and reduced borrowing requirements due to strong budgetary performance. Authorities are seeking to move away from higher-cost domestic funding and benefit from multilateral and bilateral loans, and external grants for financing."

Fitch Ratings also noted that tourist arrivals in Seychelles, an archipelago in the western Indian Ocean, have almost rebounded to the 2019 level of March 2022.

The company noted that while Russia and Ukraine were the single (16.0%) and sixth (3.5%) largest source of foreign tourists in the first quarter of 2022, authorities expect that a downturn in travellers from the two markets as a result of war, sanctions and closure of direct flights but that this will be largely compensated by visitors from the more traditional markets of Western Europe.

Fitch also noted the main downside risk to Seychelles which can cause slower economic growth. These include the prolongation of the conflict in Ukraine that leads to "higher for longer crude prices and hence higher airfares for international tourists and import prices."

The new rating by Fitch comes just five days after the IMF completed its second review of Seychelles economic performance under the EFF agreement.

IMF said that "the government has made impressive progress in implementing the IMF-supported programme and restoring macroeconomic balances."