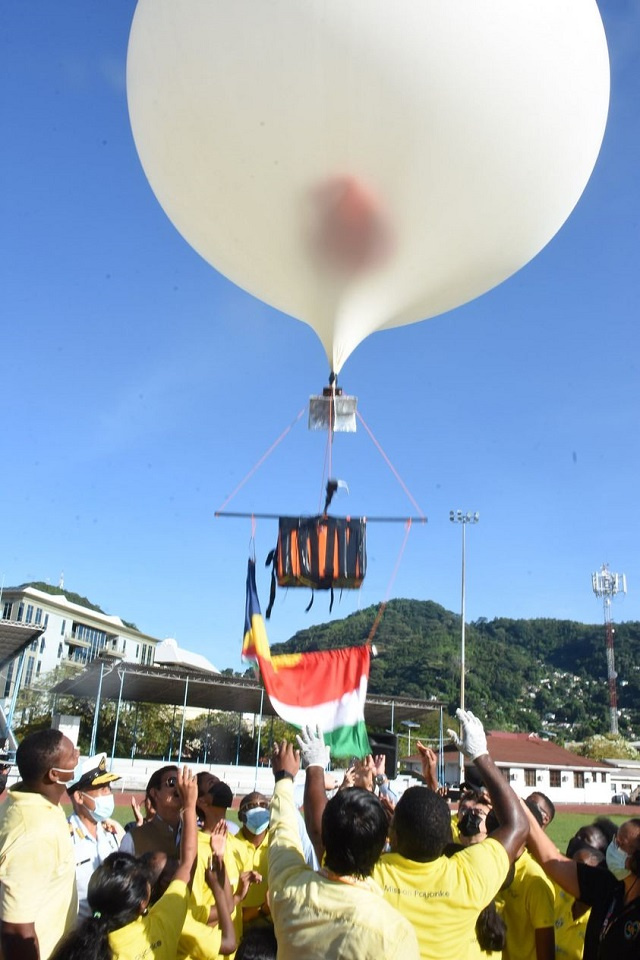 The small balloon satellite called 'Mission Payanke', created by a group of 30 students in Seychelles, was launched on April 28. (Seychelles Nation)

(Seychelles News Agency) - The atmospheric data collected by a balloon satellite launched by a group of students in Seychelles will be shared with schools in the island nation.

The announcement was made by Xavier Estico, director general for the Division of Science, Technology and Innovation on Friday.

The small balloon satellite called 'Mission Payanke', created by a group of 30 students in Seychelles, was launched on April 28. It rose to above 70,000 feet collecting data both on its way up and when it came down.

"Mission Payanke," named after one of the tropicbirds which breed in Seychelles, was conceived by the Department of Science and Technology as part of the schools' S.T.E.M (Science, Technology, Engineering and Maths) programme in collaboration with the Space Kidz India (SKI) – an aerospace organisation for young scientists.

"The satellite collected a number of data, which include changes in temperature as it rose, air pressure, radiation levels, among others, and these will now be used by the students in school," said Estico.

The data collected shows the drop in temperature as the balloon rises into the atmosphere, where temperatures reached as low as -60 degrees Celsius, while air pressure also dropped significantly with the increase in altitude.

"This was a very good educational mission and we intend to continue pushing for similar projects in the future," added Estico.

The data collected has also been shared with the Seychelles Meteorological Authority (SMA) as they are the ones that make the most use of atmospheric data.

The balloon satellite programme is designed to carry lightweight experiments into near space.  The objective of the programme is to educate students on emerging technologies and to experiment in near space. They were introduced to topics such as space and space exploration, nanosatellites, high altitude balloons, basic electronics, microcontrollers, sensors, building experiments with students' kits.