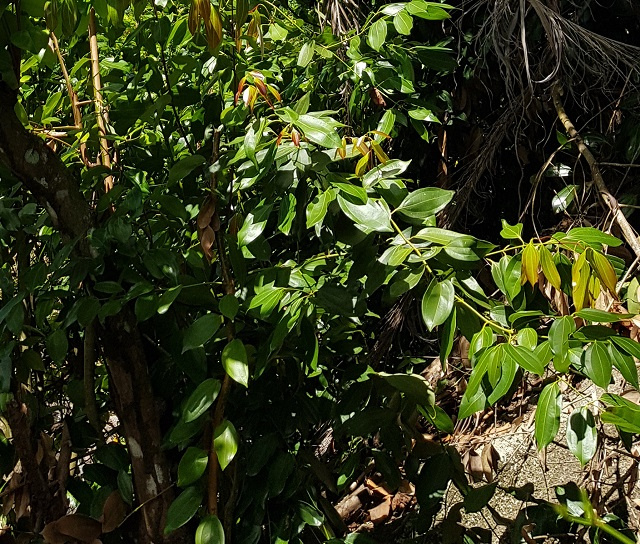 The cinnamon industry was re-launched in July 2021, in a bid to diversify Seychelles' economy, which relies heavily on tourism. (Betymie Bonnelame, Seychelles News Agency)

(Seychelles News Agency) - In a bid to facilitate the building of cinnamon processing plants for interested investors, plots of land on the man-made island of Perseverance have been tendered, said a top official of the Seychelles Investment Board (SIB).

The SIB's chief executive  Anna Rosette told SNA recently that at the moment, 18 people are actively involved in the industry, mostly in the harvesting and exporting field.

For the value-added products, there has not been much interest due to the cost and the facilities that need to be developed.

"The government is, therefore, looking to coordinate this industry, working with the private sector, to ensure that this sector can indeed take off and bring benefits to Seychelles," Rosette added.

The cinnamon industry was re-launched in July 2021, in a bid to diversify Seychelles' economy, which relies heavily on tourism. Since then, people have shown interest in harvesting, exportation and even yielding value-added products from it.

Rosette said that the "cinnamon industry is primarily targeted towards local investors looking to harvest and export the plant's oil or bark, while foreigners will only be able to invest in the production of value-added products, such as scented candles, perfumes and others."

Seychelles has a long history with cinnamon and the plantation industry, which was once the pillar and backbone of its colonial economy under French rule. The spice was first introduced to the islands in 1772 by the order of Pierre Poivre -- a French naturalist who was the administrator of Mauritius and La Reunion, which were also French island colonies at the time.

While cinnamon trees are found in many of the granitic islands of Seychelles, an archipelago in the western Indian Ocean, harvesters have to work with the SIB and other partners, such as the Department of Land and the Ministry of Environment, to ensure that they do not enter onto private land.

The harvesters will only be able to use land where they are given permission to do so by the necessary authorities, to ensure no wrongdoing on private property.

"However, if the harvesters manage to come to an agreement with the private landowner and are given permission to cut down their trees, then they are free to do so," said Rosette.

She described the industry as very promising and said that work will continue as they look for ways to ensure its sustainability whether through growing cinnamon in specific areas or looking for better ways to harvest it.

There are presently two main local companies involved in the production and exportation of cinnamon bark -- Chaka Bros and Globarom.

Cinnamon is not the only spice that the government of Seychelles is targeting. There is also a call for investors for the production of vanilla, turmeric, curry powder and honey.

These are industries that the country has identified as having great potential, especially local honey. Recently, the Minister for Investment, Entrepreneurship and Industry, Devika Vidot, said that studies done on locally produced honey, has seen that it has a higher quality than that which is preferred globally.

Investment » Be a reporter: Write and send your article » Subscribe for news alert
Tags: Seychelles Investment Board, Pierre Poivre