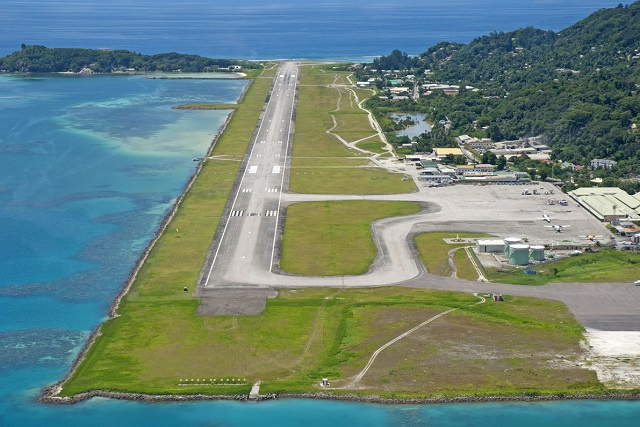 The minister said that the government has deemed it necessary to review the airport masterplan to put one in place that will take care of the people for the coming 50 years. (Gerard Larose)

(Seychelles News Agency) - Seychelles is revising its international airport masterplan to include a new terminal, a fixed-based operator for private flights and a modern duty-free shopping area, among others, said a top government official on Tuesday.

The Minister for Transport, Antony Derjacques, revealed the plans for an airport expansion when answering a question from the elected member of Pointe Larue district Conrad Gabriel in the National Assembly.

"With an increase in flights, the government has deemed it necessary to review the airport masterplan to put one in place that will take care of the people for the coming 50 years," Derjacques.

A major upgrade for the Seychelles International Airport to cater to the increase in traffic was unveiled earlier this year by Garry Albert, chief executive of the Seychelles Civil Aviation Authority (SCAA). This coincided with the 50th anniversary of the airport's existence, which was opened on March 20, 1972, by Queen Elizabeth II during the British colonial era.

This followed the approval of the cabinet of ministers of a revision in an airport master plan made in 2009 making way for major development and extension of the airport. The plan was designed by Singaporean firm CPJ Corporation, which also worked on Singapore's award-winning Changi Airport.

"The moment we are ready with the plan, we will reveal it to the public and the National Assembly. The project is one that is very important to the country and I am asking all Seychellois to lend their support so that it can be realised," said the minister.

Derjaques told the National Assembly that the authorities are currently in discussions with an international partner although the details have to remain confidential due to the agreement Seychelles has with them.

"Once the masterplan is approved, work will have to go ahead as there is a lot of engineering work that will be carried out to address issues of flooding, drainage, electrical and utilities associated with a big project," the minister explained.

This was his response to Conrad Gabriel, the member of the National Assembly from opposition party United Seychelles (US), who expressed concerns about the constant flooding that the eastern district of Pointe Larue - his constituency - is experiencing, especially in the area where the airport is located.

As part of the airport expansion programme, Zone 21 – which is over 20 hectares of reclaimed land - will also be used as "there are elements that we will have to move there such as the fuel farm," he added.

Zone 21 is an area close to the airport, where some companies currently have dormitories that they have built for their employees.

The 21 businesses based in the area have been informed in writing that they will need to vacate the area.

"They do not have licenses, mainly leases through which they were given permission to build temporary infrastructures. When this area was reclaimed, it was earmarked for airport expansion and aviation," he added

Derjacques said that the expansion of the airport will be funded through public and private funding.