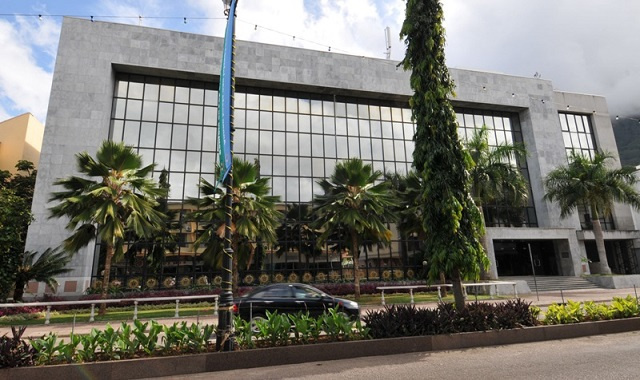 CBS said that even if domestic economic activities are recovering, the economy remains fragile and the level of uncertainties remains high. (Seychelles News Agency)

(Seychelles News Agency) - The purchasing power of Seychelles' residents has gone down considerably due to a 13 percent average increase in the price of food and services since December 2019 up to April this year, said a Central Bank official on Thursday.

The head of research and statistics at the Central Bank of Seychelles (CBS), Brian Commettant, said that even if domestic economic activities are recovering, the economy remains fragile and the level of uncertainties remain high.

In April, prices went up by an average of 0.4 percent compared to the month of March. The year-on-year comparison showed an increase of 2.2 percent while the rate of inflation over the course of 12 months has increased by 7.5 percent.

Commettant added that as a small country that depends greatly on the external world, global developments need to be followed closely as they have a direct impact on the economy of Seychelles.

"We produce little and import a lot and as such need to take into account the impact the war between Ukraine and Russia is having, especially on the prices of commodities in the country, which are constantly increasing," said Commettant.

"CBS is aware that many Seychellois are adjusting and prioritising their expenses where they can, to face this difficult situation, and from our point of view, this should continue as much as possible," he added.

Commettant also stated that CBS' monetary policy remains relaxed and the institution is not considering tightening it as the situation would need to further improve.

Despite the rise in commodity and service prices, since the start of the year, the country has seen a significant increase in the number of tourist arrivals and tourism-related income.

From January to April, Seychelles, an archipelago in the western Indian Ocean, received a total of 110,155 visitors as compared to only 21,030 for the same period last year.

In terms of the direct foreign exchange contribution, the estimation is $184 million for the first four months of the year compared to only $36 million for the same period in 2021.

The reserve of CBS stands at $666 million as of May 24, with $507 million as the net international reserves, which is money that the country can spend.

Finance » Be a reporter: Write and send your article » Subscribe for news alert
Tags: Central Bank of Seychelles