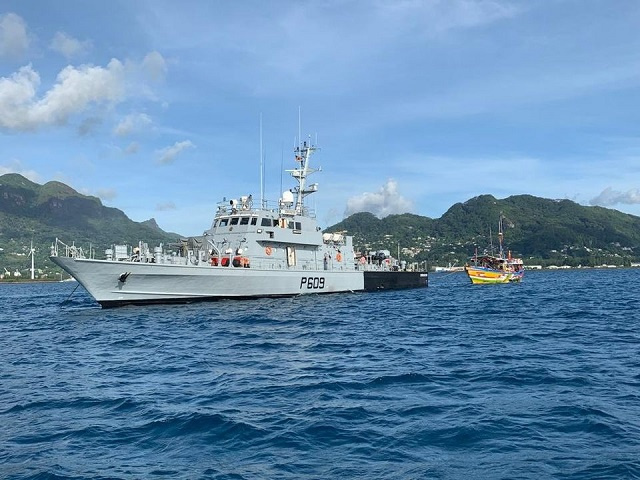 (Seychelles News Agency) - Six foreign vessels have been caught on suspicion of illegal fishing in Seychelles' waters since the beginning of the year and bilateral discussions are ongoing to discourage this practice, said the island state's fisheries minister on Tuesday.

Minister Jean-Francois Ferrari made the statement when answering questions from Philip Arrisol, the elected member of the National Assembly for the district of Anse Boileau.

"Personally, I have spoken to the representatives of India and Sri Lanka. Recently representatives of the Ministry of Fisheries, the AG's [Attorney General's] Office and the SFA [Seychelles Fishing Authority] held very detailed discussions with the Indian High Commissioner on the last series of arrests made by our Coast Guard," Ferrari said.

The minister explained that during these meetings with diplomats, emphasis was made on the importance of relaying information to the fishermen of their countries, to warn them that if they enter Seychelles' waters without a fishing licence, they will be caught, their boats will be seized and they have the risk of spending a long time in prison.

"We have to continue discussing with these countries so that they discourage these practices from the fishermen from their countries," said Ferrari.

He said the diplomatic discussions are also aimed at getting the arrested fishermen back to their countries as soon as possible.

The Seychelles Coast Guard captured five Indian boats on March 6, with 60 sailors, while a Sri Lankan vessel was caught on May 11 with six crew members.

The 60 Indian crew members have been repatriated by the Indian Air Force and only the captains are still in detention. Both cases are still ongoing.

"There is a principle that the court is applying together with the AG's office and that is that the captains of the boats are detained because it is deemed that the sailors are not the main culprits," said the minister.

Ferrari also said that these arrests cost Seychelles and the SFA a lot of money, especially when a case goes to court and takes a long time to conclude.

Seychelles, an archipelago in the western Indian Ocean, has an Exclusive Economic Zone (EEZ) of 1.4 million square kilometres, which makes surveillance of illegal activities a challenge.

Ferrari said that although this is a big challenge, "we are making a lot of effort to stop them from taking place."