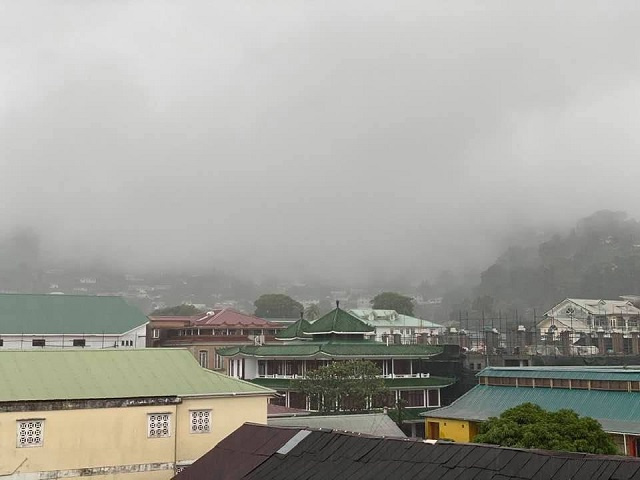 The Southeast Monsoon is normally when the island nation experiences less rain but the average for the expected rainfall for this year is forecast to be even lower. (Seychelles Nation)

(Seychelles News Agency) - Seychelles is expected to experience below normal rainfall in the coming three months, a forecasting officer of the Meteorological Authority said on Tuesday.

The Southeast Monsoon, one of the two trade winds Seychelles experiences during a year, is normally when the island nation experiences less rain but the average for the expected rainfall for this year is forecast to be even lower.

"This forecast is based on the average rainfall over three months, which means that there could be days when there will be heavy rain falls, but over the course of three months, the amount of rainfall will be below what is normally recorded during that period," Egbert Quatre told SNA.

The total amount of rain recorded during the northwest trade wind - between November and April - was 1,070 millimetres at the meteorological station at the Seychelles International Airport. This is below the average amount of rain Seychelles has recorded yearly since 1972, which is 1,364 mm during this period.

He said while the amount of rain will be lower, there will not be much change in the average temperature recorded during this period.

Seychelles, an archipelago in the western Indian Ocean, is currently in its southeast monsoon which starts from May to October and brings strong winds making the sea choppy.  It is a period when there is less rain but the temperature is much cooler than during the northwest monsoon.

"The current climate trends show that the gap between the minimum and maximum temperatures is closing. This means that both the average temperatures and the minimum being recorded in Seychelles are going higher," said Quatre.

In the last northwest monsoon, Seychelles reached a temperature of 33.7 degrees Celsius.

People in Seychelles also rely on fishermen for weather outlooks, whose extensive experience at sea gives them a sense of weather changes and sometimes are contradictory to scientific approaches. A fisherman from Praslin Island, the second most populated island of Seychelles, who is also the chairman of the Praslin Fishers Association has a different perspective on the climate for the next few months.

"From what I am observing, the lack of rainfall will not be that bad. I use the old ways of forecasting because it is necessary for my work. From my observation, rainfall in the months of June and July will be like we usually have. I have noticed that there is a slight difference. For example, April is supposed to be our dry month and yet in April, we had heavy rainfall. This is one of the differences that we fishermen are noticing in our weather," Green told SNA.