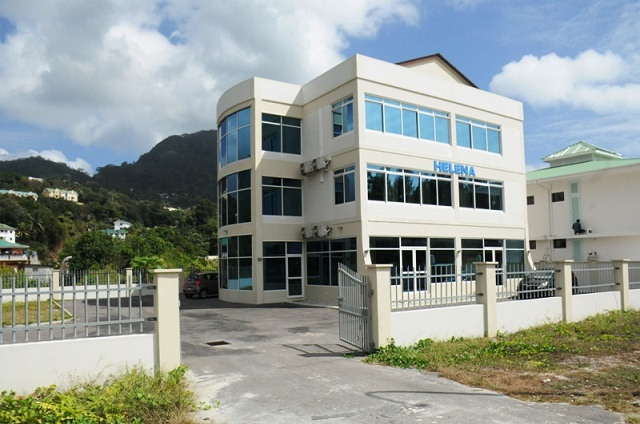 Part of the archives is now located in the Helena Complex at Ile du Port opposite the Victoria Petrol Station. (Seychelles Nation)

(Seychelles News Agency) - The Seychelles National Institute for Culture, Heritage and the Arts (SINCHA) is looking for an alternative place to house the country's National Archives following the announcement recently that it will no longer be in the same building as the National Library.

SINCHA's Permanent Secretary Cecile Kalebi announced that "we have plans for a new building of which we will reveal the details soon."

The National Archives where old and new documents detailing the history of Seychelles were located in the same building as the National Library for a number of years.

However, due to a fungus outbreak, authorities had to move out of the building and are now in Helena Complex at Ile du Port while all legal documents are stored at the Seychelles Magistrates' Court in the capital of Victoria and the data entry unit is at Providence.

With plans to move into a new building of its own, Kalebi said "when establishing archives that are not something that you do for five or six years, but rather it has to be there for at least thirty. The authorities have to keep into account that the institution will have to grow."

In a report following the fungus outbreak in 2012, the archives and the entire building were shut down in 2013 and it was recommended that the authorities modernise the way they store the documents.

"We have been treating the documents for a while, although the frequency and our capacity to do so were lacking. The work in an archive is continuous so we will be scanning and treating the documents. We will also have to store a lot of equipment and have backup services to ensure we always have copies of our documents," she added.

The director general at the National Archives, Julienne Barra, said staff are unable to complete certain tasks at the Archives because of space constraints.

Barra said, "All the old documents that were affected by the fungus are still there and it is only after we have finished cleaning all the documents, we will know how many have been badly affected."

General » Be a reporter: Write and send your article » Subscribe for news alert
Tags: national archives

'Unsinkable' vessel with storied history to be restored to former glory