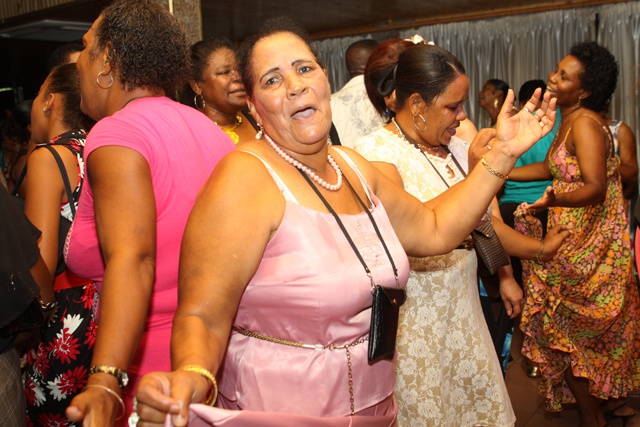 The 10-hour Creole Ball started off at 8pm Friday evening at the former Reef Hotel at Anse Aux Pins on the eastern coast of mainland Mahé.

One of the most popular event on calendar of activities for Festival Kreol with tickets always sold out the ball was this year moved from its previous location at the Creole Institute as to enable more people to participate while a similar ball was taking place at the International Conference Centre's Sea Front Restaurant in Victoria.

The night started off with traditional snacks and beverages being served including a soup that is prepared on site.

This was followed by traditional music played by local traditional band ‘Leve Tradisyon’ which kept the hundreds of people dancing all night to the beats of Creole music such as the rhythmic ‘Sega’ and ‘Moutia’ of African origin as well other traditional dances of European origin - the “kanmtole”.

The Seychelles’ Tourism and Culture Minister, Alain St Ange who was present at the ball said the attendance of some 800 guests and enthusiasts of the traditional Seychellois music clearly confirms that the Creole culture is vibrant, active and alive thus the need to bring in more events for the 30th edition of the Creole Festival next year.

It was St Ange himself who officially closed this year’s Festival Kreol at 6am yesterday morning.

He noted that a committee will soon be set up to start working on the programme of activities for the 30th Festival  Kreol next year which he said will be on a higher level with more activities and the participation of other Creole-speaking countries.