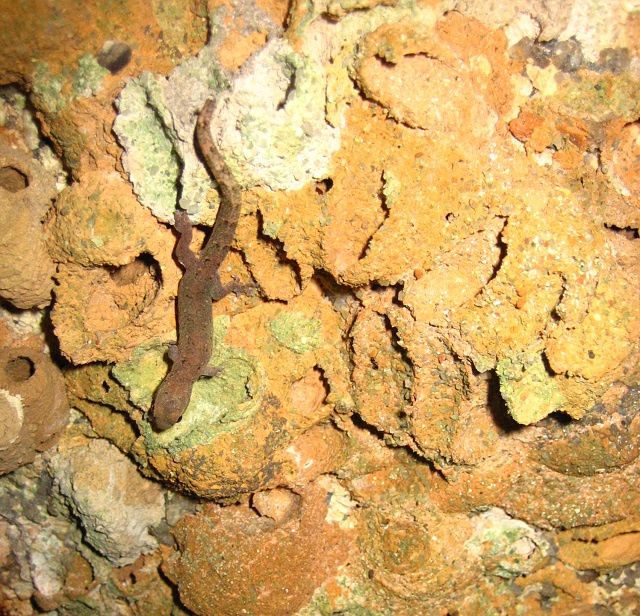 (Seychelles News Agency) - A new cryptic species of the sucker-tailed gecko, endemic to Seychelles, known in Creole as lezar lake kole, has been discovered and the data on the species is improving the basic understanding of Seychelles' biodiversity, according to a paper published in the Zootaxa scientific journal.

The paper, published on June 9, describes in detail this new species within the  Urocotyledon inexpectata  species of lizard in the Gekkonidae family. The cryptic species, called Urocotyledon norzilensis, was discovered on Felicite Island. Cryptic species are animals that appear identical but are genetically different.

Researchers involved in the discovery collected 41 specimens across several islands during fieldwork in 2011 and later examined them to come to the conclusion.

One of the article's co-authors, Dr David Gower a researcher from the British National History Museum affiliated with the UniSey Island Biodiversity and Conservation centre, told SNA that "we argue that even though the two species of leaf-tailed gecko are very difficult to tell apart in life, the populations on the northern and the southern Seychelles inner islands should be treated as two separate species and thus at least two separate conservation units," said Gower.

Furthermore, he explained that it took 11 years to complete the study because the researchers needed to combine data from photographs taken in the field with molecular genetic (DNA) data and also from microCT scanning.

"We needed to carry out a very thorough internal and external examination of historical specimens in museums to discover which morphology features corresponded with the great genetic diversity that we already knew about. It didn't actually need 11 years of study, but sometimes other things get in the way of rapid progress," said Gower.

Urocotyledon inexpectata had previously been demonstrated to have two highly distinct groups of organisms and that one lineage was exclusive to a northern group of islands and the second lineage exclusive to the more southern islands of the Seychelles archipelago.

He also noted that "the discoveries we report highlight further that Seychelles is a place with a rich, unique and fascinating biodiversity that is still incompletely understood."

"The discoveries help to improve the inventory of animal life in Seychelles, and understand its distribution and, ultimately, its conservation requirements," he added.

He also shared with SNA that other new species are expected to be discovered in Seychelles.

"Species discovery is often only the beginning - then there remains much work to be done to study the ecology and behavior of these species, and to include them in ongoing conservation projects," said Gower.

Species » Be a reporter: Write and send your article » Subscribe for news alert
Tags: sucker-tailed gecko