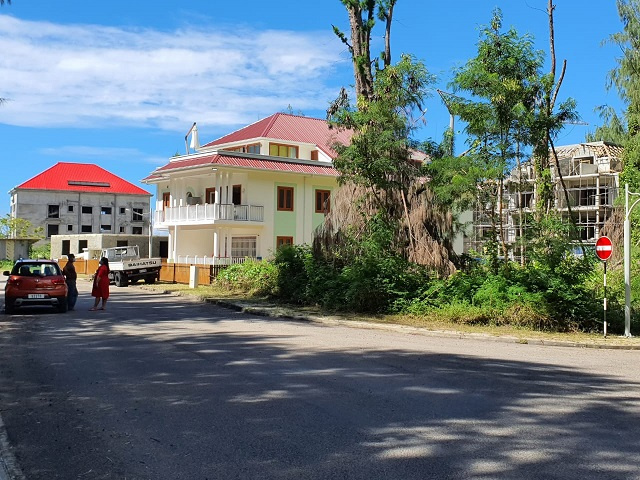 Vidot said that the real estate project has not been completed and is several years late. (Seychelles News Agency)

The government will take back into its possession any properties in the 2020 Development on the man-made island of Ile Soleil in Seychelles that are not being used correctly or that were sold without following proper procedures, said a top official.

The statement was made by the Minister for Investment, Entrepreneurship and Industry, Devika Vidot, in an interview with SNA concerning the latest updates on the development, as the real estate project has not been completed and is several years late.

"The 2020 development on Ile Solei is a subject that preoccupied the government since there were allegations about the project. So, we had to see what was happening," said Vidot.

Work on Ile Soleil, a reclaimed island of 123,000 square metres in the eastern district of Anse Aux Pins, started in 2014. Following the appointment of a new board in August 2021 by President Wavel Ramkalawan, review of the work started to shed light on what had been happening in the company and a report was submitted to the minister last month.

Minister Vidot gave a summary of the content of the report to the National Assembly on May 31.

She said that a number of issues have been highlighted such as individuals benefitting from large pieces of land during the time they were working for the company, compromises made on certain structures on the island which now require reparation and decisions taken without the government's authorisation.

"For example, in May 2021, a contract was made with a high official of the 2020 Development without following proper procedures as stated in the laws of the Public Enterprise Monitoring Commission (PEMC)," the minister told the National Assembly.

The recommendations in the report include transferring the infrastructure on the island to relevant agencies such the Landscape and Waste Management Agency, Seychelles Land and Transport Authority and the Public Utilities Corporation.

"There is also a recommendation that has been approved by the government to have a further investigation in the 2020 Development," said Vidot.

She told SNA that the dossier of the 2020 Development will be forwarded to the Anti-Corruption Commission of Seychelles (ACCS) for investigation.

"What I can say now is that if there are any plots of land given or transactions that were not supposed to be done, the government's interest is to reclaim all of it in the interest of Seychelles," added the minister.

2020 Development (Seychelles) Ltd is a government-created company with the mandate to implement a range of infrastructure and property development projects, by engaging the private sector to take ownership of various national endeavours.

The company was tasked to develop real estate projects in Seychelles, an archipelago in the western Indian Ocean, more specifically on Ile Soleil, Ile Aurore and the Victoria Waterfront.